Ok… @Steampugs reviewed the Kylin. And I thought (Uh-huh… Shut up

) that within the next 30 days or so, that another brilliant single coil rda followed… But without the “leak-facilitating” (aka fucking ignorant) air inlets directly underneath the coils.

I can’t remember if it was Pugs or @Mjag (or maybe someone else), but it has an extremely similar angled side air vent system to the Kylin.

I was enamored with one that mjag reviewed (that had the 180° coverage, and holes all the way around it)… But, while that is an ass-kicker of original design, I’m still hung on the “certainty” of it (the one I can’t remember the fucking name of) having “side wings” like the Kylin does.

If anyone can help kick my memory into 1st gear, I’d appreciate it!

Hmmmm, single coil RDA with a Kylin style side wings…Can’t think of it right now but about ready to hit the sack. I for sure will try and jog my memory though bud!

@Sprkslfly was it the kylin mini? 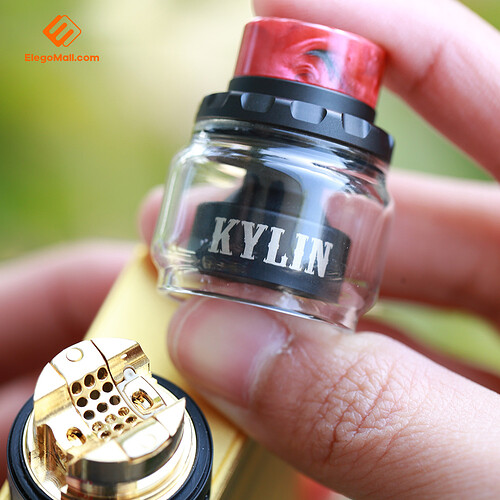 Go fish! chuckles
That is the one I was referring to with “the 180° holes” though!

Thanks for the thought, but it’s missing the “wings”. (below, on the sides) 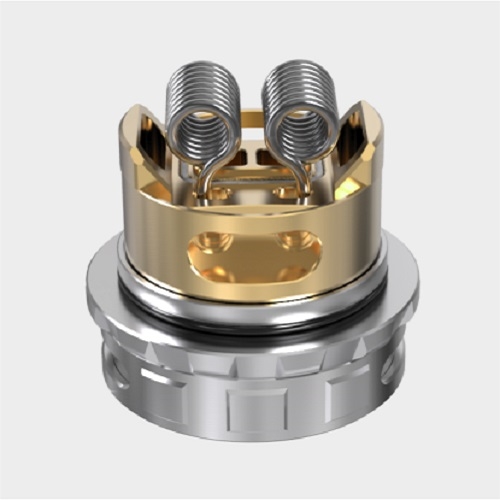 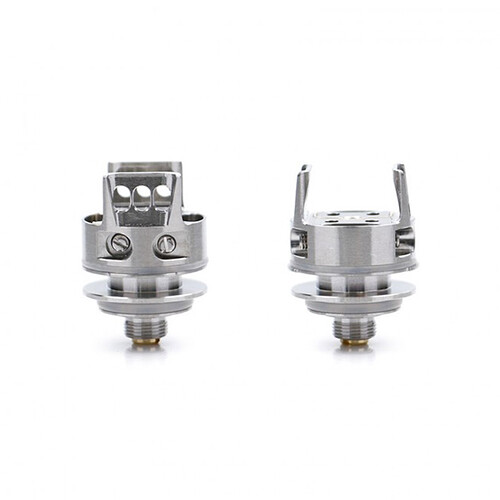 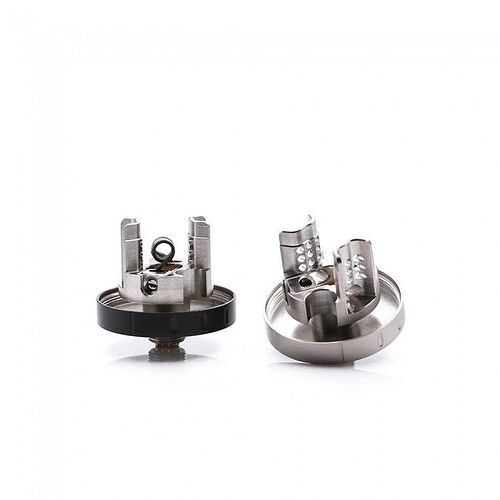 I’m fairly certain that the deck had very similar to the Kylin wings (on the sides), but the center was different.

I dunno man, I’m almost starting to wonder if it wasn’t an oxy induced “creation”. sigh

I thought it was side airflow only (no bottom), rda style (no tank)…

So it is an rda not an rta?

My brain keeps saying Reload RTA but i dont think anyone has reviewed it. But if it is an rda im stumped.

I would say to you if the kylin mini is only half as good as a kylin then it will be a ripper since the kylin is a flavour beast.

So it is an rda not an rta?

… Sometimes reading so much can be a bad thing it seems. Shit is evidently starting to blend together. (it pisses me off that I can’t remember, and I’m feeling like I’m looking like I’m off my damned rocker at the moment.)

I’m looking like I’m off my damned rocker at the moment.

Just at the moment?

I may have missed a couple?

This one has wings and things… GeekVape 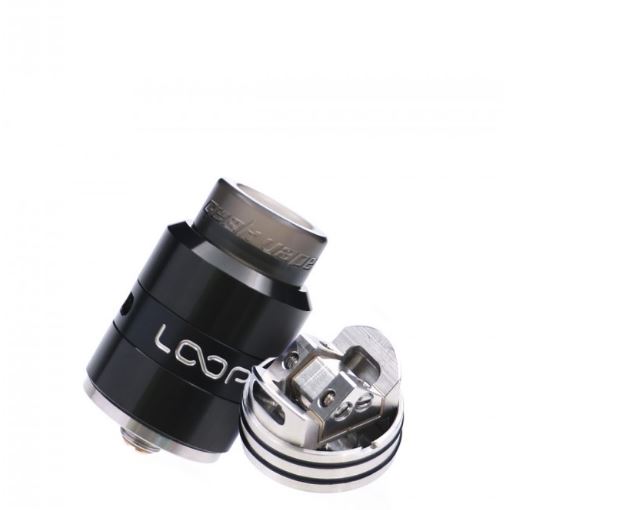 reload rta is what kept coming to mind too, stumped as well for an RDA setup that way.

There ya go, it is supposed to be anti leaking or something like that as well.

I may have missed a couple?

Possible, but I doubt it.

I’ve combed over everything (back to Dec) on both Steampugs, and ELR, and came up with nada. (Googled each RTA/RDA image just to make sure I didn’t miss or discount any).

Definitely appreciate the effort in playing “roundup” for me though!

Thoughtful as ever love!

This one has wings and things… GeekVape

Thank you sir!! That pic reminded me (I think), that I vaguely recall there being some kind of V or W fiddly bit in the middle… We’ll have to take a closer look at the Loop!

After seeing the following picture: 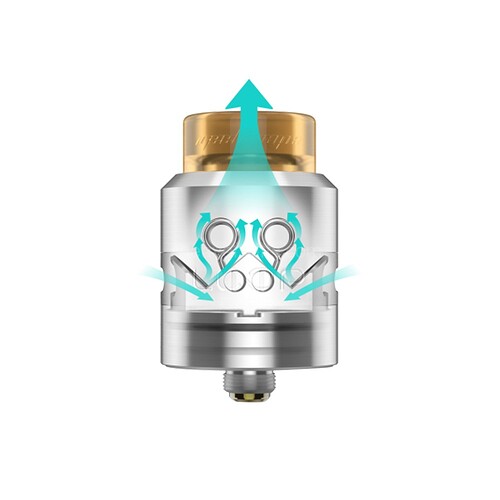 It all snapped back in place!! WOOHOO

I was being thrown by the “misleading” labeling of it being marketed as “bottom airflow”.
Granted, that’s absolutely, and undeniably correct, but not in the traditional sense (that’s been so ingrained after a couple years of design and reviews that mean the air inlets exist below the deck. >.< )

The following pic cemented where I went astray. 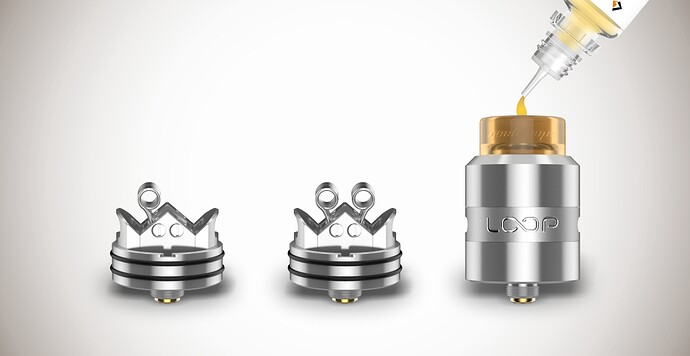 I was seeing the Geekvape Loop, and was wishing that they’d combine side airflow inlets from it (which is so similar to the Kylin), with the channel (sans holes) found on the Kylin Mini!! (Might as well wish for a liquid reservoir like the 22mm Wotofo Troll v2 while I’m at it, since it’s all a fucking pipe dream as it turns out. sighs and chuckles)

To me, that would be the ultimate single coil build deck and flavor machine!!

Thanks all for helping me solve what was gnawing at me. Especially given “how far out of left field” this had to have seemed*!

I appreciate your indulgence!

I was seeing the Geekvape Loop, and was wishing that they’d combine side airflow inlets from it (which is so similar to the Kylin), with the channel (sans holes) found on the Kylin Mini!!

Hey @Mjag and @Steampugs (et al):
If one of you can use some pull to make this happen, I’d gladly take “payment” in 20-30 of said atties, and y’all can take credit for the rest (including naming!) LMAO

What do ya say?

The flavor/vapor production is phenomenal. It does seem like they would leak but they haven’t

Appreciate the informed (read as: firsthand) experience! I couldn’t see it (just guessing by the design), but was rather dejected when mjag confirmed slight condensation when I inquired previously.

This might just be one of those I’ll have to reconsider.

My pleasure. My memory has quite a few holes in it too. Sounds like a great plan!!!