(US Customers) USPS/FedEx/UPS Shipping Ban, what are you stocking up on?

With the very REAL, and imminent USPS/FedEx/UPS Vape shipping bans coming, I know there is a lot of CONCERN as to what’s coming, and I think that is probably justified. I’ve fielded countless calls, emails, even panicked texts as to what’s going on, what to do, what to stock up on. I’m not even an industry insider, but I know a few. I’ve heard a wide array of responses, so it still seems like there’s a LOT of confusion, and unknowns as to the exact IMPACT of the bans.

I personally think it’s better to stock up (if you haven’t already), and/or “top off”, that way you’re covered, JIC (Just In Case). Those tho panic, are always the ones who did not prepare. My intent was NOT to scare people into rash, mega-purchases, but more to have a rational conversation about what YOU GUYS are doing.

Also, if you find great sales, deals, etc., they can be cross posted here as well (as well as the “Good Deals” thread as well).

What are you stocking up on, it at all ?

Picked up a liter of " Nicotine Salts™ “SIGNATURE™” 100mg/mL

to my door in 4 days for $61. Not that I needed more NIC. but I don’t imagine it hitting this price point with shipping ever again. and it may become nearly impossible to buy in a few months.

I got most of what I need in PG, VG, and Nic but I realized I gave away most of my mods and subohm tanks. I’ll probably keep giving away subohm tanks because I don’t really use them but it’s time I grab a few more mods and keep them for myself.

I also have at least 7 mods that are broke down but the boards are still good. If I have to I’ll build a mod or two or 7 out of em.

Not worried on nic or base… I have flavors.

I feel for everyone tho… new vapers are going to have an extremely hard time.

I am waiting for Valentine’s Day sales and stock up on vg/pg, nic, flavors that are must haves. I have enough to last maybe 5 months and nic for a year…so I really just need the pg/vg and a few flavors I can use for must have adv’s

Has anyone qualified what will be banned? I mean, is it shipping vape hardware, e-liquid, nicotine? Just exactly what will be banned for shipping? We’ve all had this conversation many times, and the general consensus among DIYers is, they can ban a lot of things, but not everything. I would like to think individual components would be largely unhindered - nic, VG, PG, cotton, wire, flavors. Then again, I don’t know precisely what will be verboten. But from where I sit, the biggest threat is to nic and hardware. I don’t give a rip about commercial juice. And let’s see them ban cotton or wire. Holy hell what a joke that would be.

I am not too sure, @SthrnMixer but I think I might just go ask a few places…

I do know… I stopped “declaring” anything, either local or otherwise… I don’t ship outside the USA either.
So I do not deal in forms etc… but this will hamper manufactures outside the USA unless they get creative.

@SthrnMixer, I wish I had more CLEAR, detailed info, but I do not. All the word I hear is, that certain “shippers” won’t be shipping anything vape related to end users. B2B is the big question mark.

You know how big my hoard is, so I’m not even close to being short on anything, BUT, I will admit, to “topping off” a few things. I cycle through my stash at a pretty good clip, and am having more and more people hit me up for juice now. I’m not overwhelmed yet, but I’m fearful, IF (and I did say IF), things go sideways that I might have to turn some away. I’m not sure, but I’m putting my feelers out, and talking to a lot of people now. @SmokyBlue could probably get some very good inside stuff from her contacts.

I mainly want to check with the usps, ups, fed ex and I already know what dhl says…

I believe it will be based on what it is “declared” as, as well as intent… it will be like going back to 2009… some might slip thru and some won’t… 50/50 chances start when they stop shipping.

Also, is it really a ban for FedEx and UPS as well? I hadn’t heard that at all. In fact, does government have the right to tell these private companies they cannot ship things that are legal to sell to the public?

does government have the right to tell these private companies they cannot ship things that are legal to sell to the public?

I should think not. However, I think it’s coming from the USPS… will know more on Monday.
I hate to bug my counter workers on the weekend. I know how hard they work.
They do buy juice from me still… after 10 yrs lol…

They deserve to rest…

Also, is it really a ban for FedEx and UPS as well?

That’s what I’m hearing @SthrnMixer. NOW, I don’t think we’re in full on panic mode, but just being cautious. USPS has stated as much, then I believe UPS, and FedEx stated they would be following suit. I’ll try to find you the particulars. More grumblings that shipping to the End User would grow very “complicated”, and those “complications” were exactly what the carriers wanted no part of. Signature required, etc.

Some are stating the B2B will NOT be affected, but time will tell, as always.

Some are stating the B2B will NOT be affected, but time will tell, as always.

Yes and no @SessionDrummer but I will cover that

Don’t forget guys, we ARE living in the times of the “Cancel Culture”. If you don’t follow suit, they’ll come after you, your advertisers, etc. Not sure if that’s in the plan or not.

You just CAN’T stop, when you’re trying to save the CHILDREN !!!

You just CAN’T stop, when you’re trying to save the CHILDREN

Yet cigarettes (proven to kill) are legal to sell in all 50 states, and those states AND the fed earn revenue off each cigarette purchased.

Our government is fucked in the head.

Our government is fucked in the head.

That’s why they left it out !! 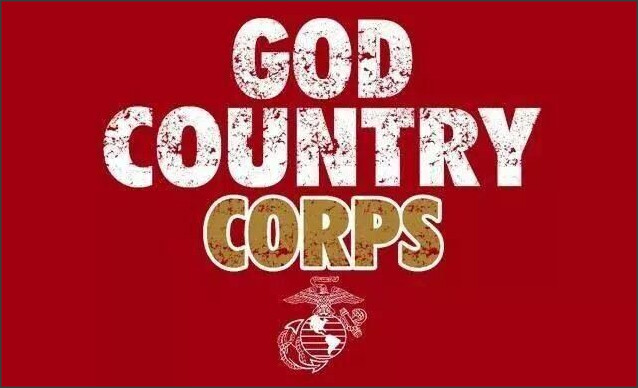 I’m a bit worried, but not too much. I started vaping while living in the UAE where it was banned. I was still able to source everything I needed for diy. It ended up costing more than it would have in the states, but I still pulled it off. I had stuff coming from Europe, US and Asia. I lied through my teeth to customs on a regular basis, including a doctor in charge of checking anything that was medicinal. I eventually won over the Emirati women who worked customs at the local post office by bringing them cookies. That’s what all those flavors were for, I told them. I found Chinese companies that are willing to relabel anything. The gray market was growing quite large and then they eventually made it all legal. I have no doubt that stuff will get through in the US. If there’s a buck to be made, someone will fill the needs of the people. Our costs will probably rise but we won’t be totally shut out.