So, I got a Sous Vide thingy at Amazon during their sales, and I’m deeply intrigued by what I’ve seen about steeping with it.

Hopefully this thread can evolve as a discussion on methodology, tips, tricks, and all the sciencey fun behind it.

I know, lurking in the shadows, are some pretty smart folks who know plenty about this. So post up!!

And can this also be for Sous Vide cooking of food as well?

Got a link to that??

To the Sous Vide? 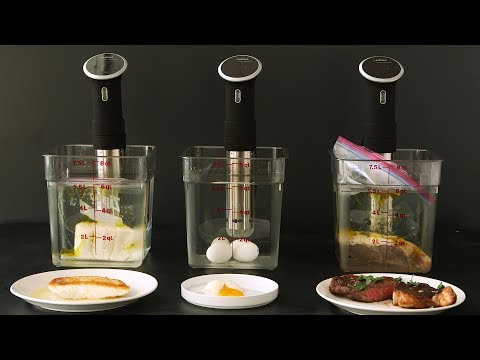 Cook food to perfection using the Strata home sous vide immersion cooker! Sous vide cooking is one of the hottest new trends in food preparation. Food is sealed into a plastic bag, which is then placed in a bath of water, which is then heated and...

Awesome, this is something I think everyone who DIY’s E-Liquids struggles with the most, it’s an area that I have never seen explained in such an in depth way let alone with real world data to back it up, I’m sure this is going to be a big help to a lot of people, Thanks!

Nothing is said about heating though in the other thread I pointed to many examples by experienced or pro mixers that have been recommending 60C for several years.

So basically… stir/homogenize and heat for x amount of time eliminates the need for the long winter’s nap of shelf time, making the juice 100% ready as soon as it cools and nic (if desired) is added? That is extraordinary. And super duper cool.

Beside the juce making, try this in your sous vide (and thank me later)

One quart of cream (I use 15% fat variety), teaspoon of baking soda. Seal in a sous-vide bag (no need for vacuum). Set to 180F, and forget it for 24 hours (make sure to add water if needed)

The unit I got from Amazon arrived last week, and though I did get it for juice heating, I fully intend to use it for food applications as well. So while this thread may go back and forth between vaping and eating, I’m very interested in both. Admittedly more so for eliminating the dreaded shelf time steeping, but I’ve seen some pretty excellent looking food uses as well. (And for cripe’s sake it was $43 so I pretty much had to buy it).

So what have you asked me to make with that simple recipe?

If I remember correctly you have and ultrasonic cleaner.

I do, but it’s far from a pro unit. It doesn’t have heat and I don’t know if I can actually heat the water without damaging it? 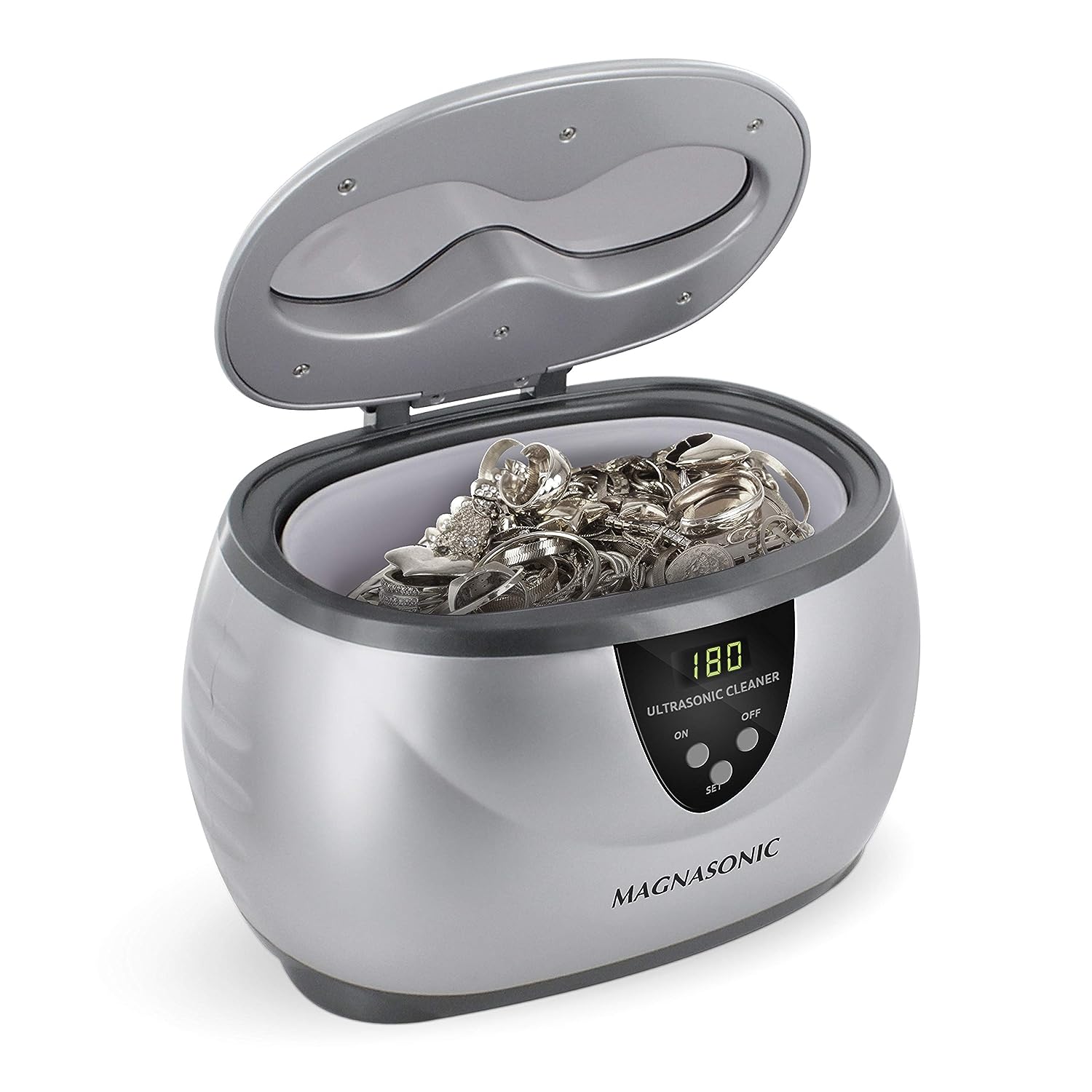 It fits three 100ml bottles with little room to spare.

Want to recommend some suitable glass bottles? All I have now are plastic and I won’t be trying any real heating until I have proper glass. These will be used for the mix/mech process only as the finished juice will be transferred to the usual plastic bottles when completed.

OK, then @Sprkslfly let’s hear it…

What I want to do (which may be different from what is best, so please tell me), is to mix my usual 100ml quantities. I’ve never wanted to mix large quantities but will if that is best. So really I’d like 100ml glass ones I can use for a 1 to 1 transfer to the actual service bottles. I hate dropper filling and will not be using the glass bottles for that purpose; mixing only.

So I guess I’ll also need smaller, maybe 10-30ml (10ml preferred if they make them) for test recipes. Those I would probably use for both the mixing and the service both since they are testers and if successful would be made in the standard 100ml size, so I could abide using the dropper fill for that.

I guess this old man has a steady hand

I guess you do! If I was to do that, I may as well just pour it directly onto the mod because I will undoubtedly twitch and dump it anyway.

So from the Amazon perspective, I’ve found these. Thoughts?

Boston Rounds Glass Bottles have a rounded shoulder design that has proven over the years to be one of the most reliable for containing almost any liquid or solid. Clear glass bottles provide a very professional display and are perfect for storing...

Boston Rounds Glass Bottles have a rounded shoulder design that has proven over the years to be one of the most reliable for containing almost any liquid or solid. Clear glass bottles provide a very professional display and are perfect for storing...

I think the steps should be (1) make your PG/flavoring/VG mix in a closed container . Leave the Nic out. (2) heat the juice mix to 60C for at least 15 minutes. (3) Apply some type of mechanical force. Try to minimize aerating the mix.

Elaborating for @anon96380778’s edification (or others, since mrpipes already knows how and why our current methodologies differ…)

I vary from his process in stage 2, for a couple of reasons. 1) is the hardware limitation (that I actually prefer) of my USC maxing out around 115-120F. 2) is because I prefer to have the nicotine be part OF the process of melding into the VG. Obviously, this can be accounted for in adjustments to the methodology, but it’s simply what I prefer.

In my case, the force is applied by the ultrasonic waves (via the aforementioned cavitation process).

Of course, I’m still very keen on the idea of trying the mechanically homogenized method, and I’m aware that there will almost certainly be some adjustments to account for (on my part)!

Want to recommend some suitable glass bottles? All I have now are plastic and I won’t be trying any real heating until I have proper glass.

Good call!
As for recommendations, I can only say don’t buy either the amber or cobalt 30ml’s from NR. Both have been undersized, and leave no room for off-gassing. They might in fact hold 30ml, if you go damned near all the way to the top… But what’s the point then.

I have only had ‘fair luck’ with their clear 30ml Boston Rounds. But it seems like (and things may have changed in the last year or more since I’ve ordered bottles from them) they order in large quantities, from whoever cuts them the best deal at the time. Rather than cut a deal with a consistent supplier.

As for 15ml bottles, I have had great success (holding the proper quantity, and still having room for off-gassing) when ordering from ecig-express! I love the 15ml bottles that I bought from them!

I scored a baker’s dozen of 120ml Amber Boston Rounds (with phenolic inserts!) from goodwill for 0.50¢ea once, so I can’t help there unfortunately.

), or attaching them to the end of my jigsaw, and the USC. I will definitely use the Sous Vide, albeit at Piper’s recommended temp (largely due to the sciency shit about that being the perfect temp for VG to relent from its’ staunch resistance to play nice). And I will try the ‘nic last’ approach. It will wait a bit though, since I have no bottles and no VG at the moment, waiting for Heartland’s sale. If this proves to knock traditional steeping from a month to a day, I’m gonna be strutting around the place like a damned boss. Dream come true.

Indulge me again as I ask yet another stupid question…

So, homogenization helps with “steeping” because it breaks down all the disparate particles to a single uniform size, correct? And this assists in getting them all to meld and mix together? And heat further helps VG and the others play nice together? If my assumption there is correct, then it leads to this…

We all know or knew anyway, that changes in matter come in two forms:

Physical change, whereas the substance has changed in some physical form, i.e. sugar melts. This is a reversable change.

Chemical change, whereas the substance undergoes a change that results in a new substance altogether, and is an irreversible change, i.e. burning a log.

And that said… is this mix and mech process achieving both types of change? Are we literally having the juice undergo a chemical change? I know we are physically, as the homogenization changes the particulate size. But are we technically creating a new substance as well? And lastly, the question is also posed for the traditional time steeping process as well…

It also doesn’t carry flavour well as is.

Correct me if Im wrong but VG is the main reason for long steeping time right?

VG is the main reason for long steeping time

Are we literally having the juice undergo a chemical change

Yep. You sound like I get sometimes (dog with a bone mode)… Try not to over think it!

We are mixing multiple chemicals.