In the light of the fact that this thing is going to hit communities that do not have the luxuries we have, like a home to isolate themselves in for instance, because they’re packed in refugee camps like herd animals.
Food scarce, medication and healthcare, nah, people around the world who care, barely.
Maybe we could spend some time counting our blessings

I’m really happy this is happening now and not 50 years ago.
I would be stuck in the house with a bag of marbles, a jump rope, a jigsaw and a board game.
Black and white tv, two channels, no daytime tv.
Programmes started at 6 pm with the news, followed by 5 minutes children tv. At 12 they wished you a good night, played the national anthem and then you got snow.

If I wanted to know more about a certain subject, I would have to go to the library and dig through stacks of books.
The library would now be closed of course.
Apart from the milkman doing his rounds, no home delivery.

We had no phone, landlines came years later. Come to think of it, tv came years later too, so I can scrap that from the list.
I will leave it in, maybe some rich folk had a tv in those days. They might even had a phone.

Instead I’m behind a computer and can communicate with the outside world, no matter how far away that world is.
I have a phone with the same capabilities as a computer.
If I don’t want to leave the house, I can get everything delivered to my doorstep.

I have a roof over my head. Something I’ve never stopped appreciating after years of being homeless.

Oh, I almost forget one of the most important things, the dog and the cats!
I wasn’t allowed pets in my childhood.

What do you have?

Great idea, now seems like the best time to appreciate everything we have, for a long time something like the internet has been taken for granted but without it what would we do…

Here in the UK the weather has been amazing this week, I’m lucky to be able to step out and sit in the sun all day as it’s very quiet here.

I’m really enjoying the social distancing.
Apart from not doing lunchbreak at school 4 times a week, my life hasn’t changed much.
I’m not the outgoing type and, like you, enjoy the quiet.
A little warmer would be nice, I could get the hammock out and read in the sunshine.
The sun is out but it is still cold.

Great topic @Jose. Aside from all the modern comforts we enjoy, I was chatting with a friend the other day about how lucky I am as a vaper to be able to mix my own juice. All the local vape shops near me are closed and so nobody can purchase juice other than online. Prior to the shutdown, there was a shortage of most types of coils and especially for pod systems. Since I mostly build, it doesn’t affect me. So I feel for the people that really need vaping to stay off cigs and are having a hard time. I feel very fortunate in many ways.

I think that in that great Grand Scheme so often referred to, that this will all in all turn into more of a wake up call than a decimation of civilization. Understand my perspective please- I’m not tossing this pandemic off into the pile of inconsequential historical markers. It is serious and merits efforts to contain and counteract.

But the Italian death toll is not an accurate reflection of the rest of the world. Italy as of today represents 34% of the total world deaths with just 15% of the total reported cases (if we are to believe the China numbers). That is highly disproportionate and I don’t clearly understand why they were hit so hard. Especially since every article I still read states at the end to remember that ‘the vast majority of those infected will have mild to moderate symptoms’.

So a silver lining of sorts could possibly be that as we get more data, the mortality rate does trend down to the expected ~1% level, and that an effective cure or vaccine is developed rapidly that mitigates this threat.

From what I’ve read Italy had a higher number of elderly (60+) infected, this could account for the higher mortality rate

I didn’t even think of that, I’m so used to having everything I need in my house when it comes to vaping.
I don’t need any coil material or anything else for that matter.

a wake up call

Lets hope so, we’ve had plenty of warnings already. Outbreak after outbreak of diseases amongst animal populations because of the overcrowded, unhygienic condition they’re forced to live in, only for profit.
Initially people are shocked, watching millions of animals destroyed, talk about going vegetarian, pay a little more for meat that is produced in a more animal friendly way, and then go straight back to the old ways because it’s cheaper.
Everything is forgotten and things continue as usual, until the next outbreakl.

It is not a silver lining but I have been waiting for something like this to happen. We can’t expect to be so lucky and dodge the bullet every time.

Another scary thing is that the antibiotics we so very much need is used preventively in the bio industry to try to controle outbreaks.
A few years ago there was only one left that still worked where others failed because of overuse, they still use that one on cattle so we’ll end up with none.

Forget corona, just watch out for barbed wire and other stuff you could cut yourself on and get an infection.

I just hope people are scared shitless enough to finally make some lasting changes to the way we live.
Our way of live is pretty ridiculous when you consider the price that others, not us, have to pay to maintain it. 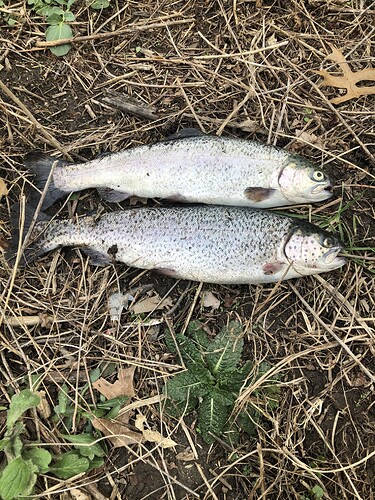 Here’s my silver lining and observations, as it stands right now, I’m spending a LOT of time with my kids, which I absolutely love, my favourite time of the week has always been Sunday morning when neither me or Jo have to get up for work, when the kids run in early and get in bed with us and we watch tv and eat breakfast for an hour or 2…I get to do that every day now apart from Saturday when Jo works earlier (she works for Asda customer services so she’s a key worker and works evenings)
Also, when I’ve been for a walk, the air is so clean, so fresh, due to lack of cars on the road, it’s incredibly noticeable, it’s what I like the most when I am on my trips to Snowdonia, and now it’s on my doorstep, I love that, and also whilst on these walks, what few people I have come across always say hello now, people I’ve never met before, now that everyone is in the same boat it seems to have woken people up to their community, we might not be able to stand and chat or give each other a hug, but we can wave and say ‘Hi’ from across the road as we pass each other…and that’s awesome that that’s happening more, people are helping each other too, me and Jo look after our entire street, we’re part of a group called ‘Altrincham Aid’…it actually made the BBC news, you print a flyer out with your name and number on and post it through everyones door saying if your isolated etc and need something, or just need a chat, then call us and we’ll help, it’s nice, and with Jo working at Asda she can get supplies most nights and drop them on peoples doorsteps, it’s gone down really well.
Like has already been said, I am grateful for what we have now compared to what we used to have, this is not that difficult, we have a wealth of things to occupy our minds whilst in isolation, and we have never been so connected, I play video games with my mates most days, I get to speak to people on Zoom or Houseparty, and on the days when the weather is nice I get to lounge around in the garden…I even got a bit of a tan last week

So no…it certainly isn’t all doom and gloom for now, I’m trying not to think about how bad this might get and I’m just taking each day as it comes, I still have my job to go back to and I’m still getting paid, for now at least.

I still have my job

And you have a wife! People already found it rather awkward to get tested for aids when they landed a serieus partner and wanted unprotected sex.
Now, they’ll have to get tested first just to be able to hold hands

All joking aside, I’m glad you’re enjoying yourself. I also love the peace and quiet.
There are still way too many people wandering about IMO though.

True story, although She’s not my wife yet lol…that’s November 27th

…well…hopefully, it’s all booked but who the fuck knows what’s gonna happen.
And yeah, unfortunately there is a large contingent of cockwombles that still aren’t taking this seriously, people just do not like being told what to do, milenials mainly around here, although it does seem to be dying down slightly, The roads are quiet, but not empty, the supermarkets are still busy although they are limiting the amount of people they let in (which just causes queues outside…kinda pointless)…and we’re still nowhere near the peak, few weeks off I think.
So…not exactly ‘enjoying’ it lol…but trying to focus on the silver linings so’s not to slip into depression, I think some might struggle with that, people on their own, older folk etc.
The kids will cope, just gotta find em enough to do and relax the rules about internet usage, tv time, vid games and all that, as long as they get their home schooling done properly they can do whatever they feel like right now, it’s not forever, gotta at least try and make it fun for them.

And yeah, unfortunately there is a large contingent of cockwombles that still aren’t taking this seriously,

Yeah, it’s annoying. Sunday they were out wandering about looking in shop windows that were closed, clutching takeaway coffee.
Stay the fuck at home and have coffee there.
Tuesday I came back with the dog and there was a street where the neighbours were out sitting in front of their houses, keeping their distance from each other but letting their kids play together.

She’s not my wife yet lol…

She can still leg it

Hopefully by November things are back to normal (ish)

It’s funny how, when things seem the darkest, moments of beauty present themselves in the most unexpected places.

Nice to see you here, especially after (temporarily) saying goodbye on ELR.
Things are a lot more relaxed here. Welcome

Great to see you have decided to continue hanging out here. Was getting a little worried.

Was getting a little worried.

Branching out brother …Good to see you here . Nothing to worry about just need a positive vibe . @Woftam has been inviting me for awhile so I felt it was a good time to put what energy I have into a familiar but different arena …I do appreciate the concern …

Plus its fun getting badges again