Finding recipes I can make

Is there anywhere that I can find recipes that I have the flavours to make other than ELR? I’ve tried ATF but find it pretty crap and the ‘What can I make’ feature on the VCC is kinda broken.
I have the FLV recipe books 1 and 2 and The Complete recipe list from @SmokyBlue but apart from that I have nothing else.
Where do you guys look?

9 out of 10 mixes I do are my own recipes, look at what you have and get creative mate!

Just to add. I would of course, prefer to come up with my own recipes but when trying to create them, I’m never sure what % to start with for each ingredient and I really don’t want to/nor can afford to keep wasting concentrates by making loads of testers.
I do check the notes for specific flavours on elr when I’m trying to come up with something new but the %'s people use vary by quite a lot. I’ve only been DIYing for a few months so have nowhere near the experience that most of you guys have.
When I do have an idea, I have no clue what concentrates can be added to enhance the one’s I want as main flavour profile or what I can use for improved mouthfeel etc etc.

For example, I’ve been toying with the idea for a while of making something with FW Anise, and FLV Blackcurrant and if I tried to make something using these two flavours, I would literally use only those 2 flavours because I am clueless as to what other stuff I could use to enhance them or whatever. Hope I’m being clear enough with my limited knowledge of this.

Any input is appreciated.

I’m never sure what % to start with for each ingredient and I really don’t want to/nor can afford to keep wasting concentrates by making loads of testers.

But when keep using others recipes it’s a constant rabbit hole as you will rarely have all the concentrates needed and will end up buying concentrates you may only use once so I would say more money is wasted relying on other peoples recipes!

Yeah, this is also very true. I already have quite a few concentrates I’ve never even used or have used once and didn’t like the result and not touched since.

Another way is using someone’s recipe as a template but substituting any flavours you haven’t got with flavours you have. Take that Tiggers Custard from @marsh8, I didn’t have the Vanilla Custard II so just use an alternative I have learnt not to buy every concentrate that’s needed unless it’s something I would use in other recipes, I have at least 15 custards so no way would I buy Vanilla Custard II just to use once!

Don’t get me wrong I was like you, in fact I think we all where but you learn after a while!

This is how I came up with my Spicy Spectacular recipe. It started as @SmokyBlue’s Big Redd in the FLV recipe book 1 and I just upped the Rich Cinnamon and added the FW Anise to it and some sweetener.
There’s so many recipes in those flv books that I’m always missing 1 flavour and of course, having only recently started this DIY malarkey, 9 times out of 10 I don’t have anything to use as a sub.

Just reading those recipes though should give you an idea of how they are constructed and then just create your own using what you have! Generally if your recipe on paper sounds good it usually is! I am vaping at this moment my Fig & Pear Crumble with Custard, just created with what flavours I had and it’s nicer than any commercial juice I have reviewed!

I’m never sure what % to start with for each ingredient

Where do you guys look?

Kidding @Illogik I personally don’t have any myself.

I meant something similar to elr where I can enter my concentrates and it will give me a list of recipes i can make.

When I do have an idea, I have no clue what concentrates can be added to enhance the one’s I want as main flavour profile or what I can use for improved mouthfeel etc etc.

where I can enter my concentrates and it will give me a list of recipes i can make.

Just click the “What Can I Make” tab under user 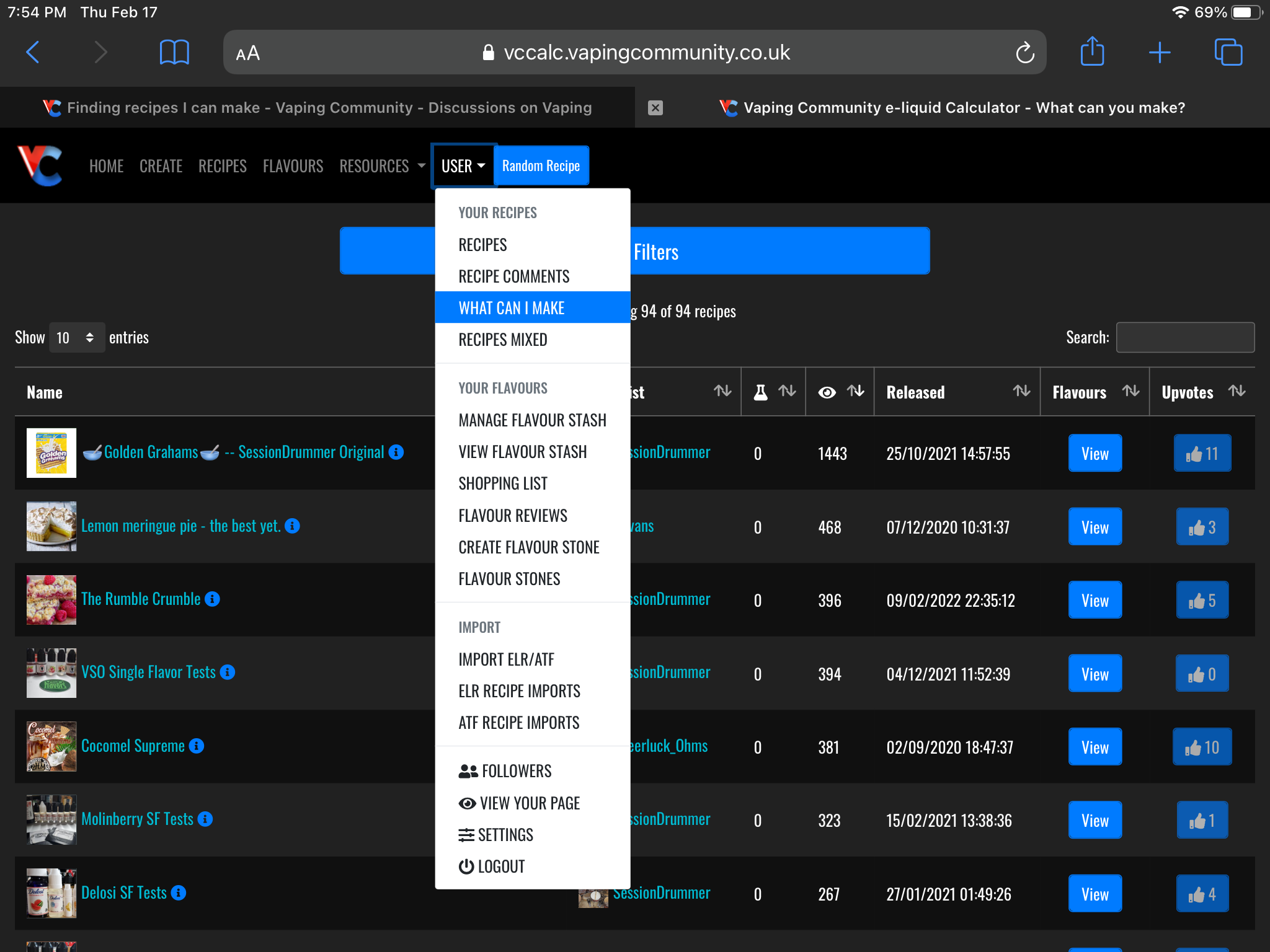 Hey looks like “I Can Make” Golden Grahams” again …

That’s a pretty easy (at times) approach. The thing that makes this hard, and with that flavor wheel I just posted, is many identically NAMED flavors, can vary WILDLY. And that’s where notes, reading, and (blah), time come in (unless you know the flavors).

Meaning, if you really wanted to make a Lemon Tart, you can’t just take any Lemon, Biscuit, Custard, Meringue and make an immediate hit, as not all Lemons would work, or Biscuits, etc.

The What Can I Make here, or on ELR would hopefully shave off SOME of the disappointments as (hopefully) the other mixers have already done the trial and error for you, but not always, and our tastes are all different.

Like, right now, for example @Illogik I’m testing the Sobucky Lemon, Sour Type. It’s a much more candied version, than a natural version, so it would work in CERTAIN recipes, and FAIL in others.

I wish I had a magic, easy way to help guide you, or cut some of the time out for you, but, hehe, not sure I can. Perhaps finding other people who make great notes, that you SHARE similar tastes with can help. When I review flavors, I intentionally don’t get into the weeds (typically) about ALL the various pairings, possible pairings, suggested uses (most times) as it can get very deep, very quickly. 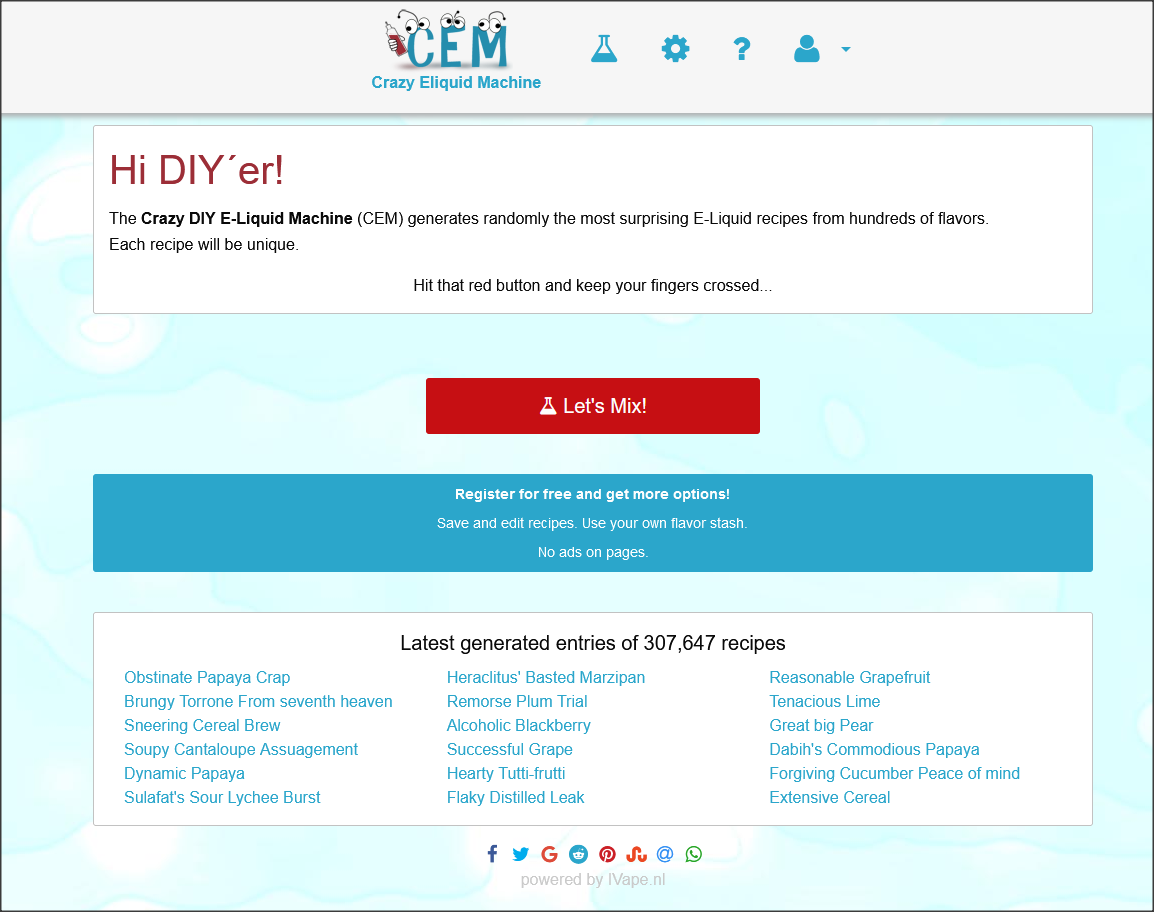 They claim if you sign up, you can use your OWN flavors. 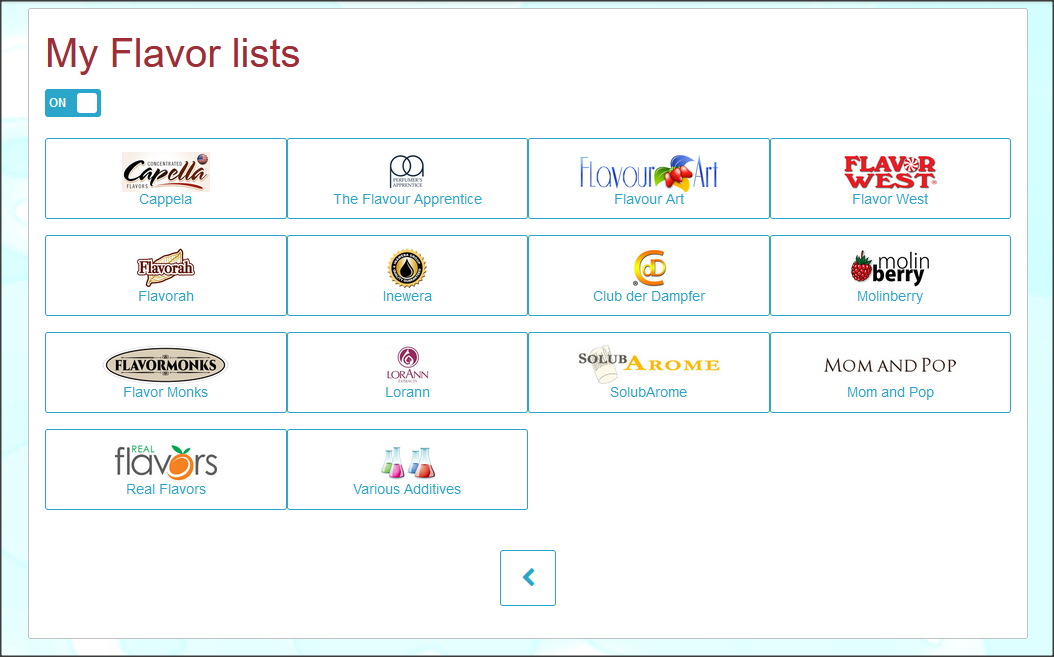 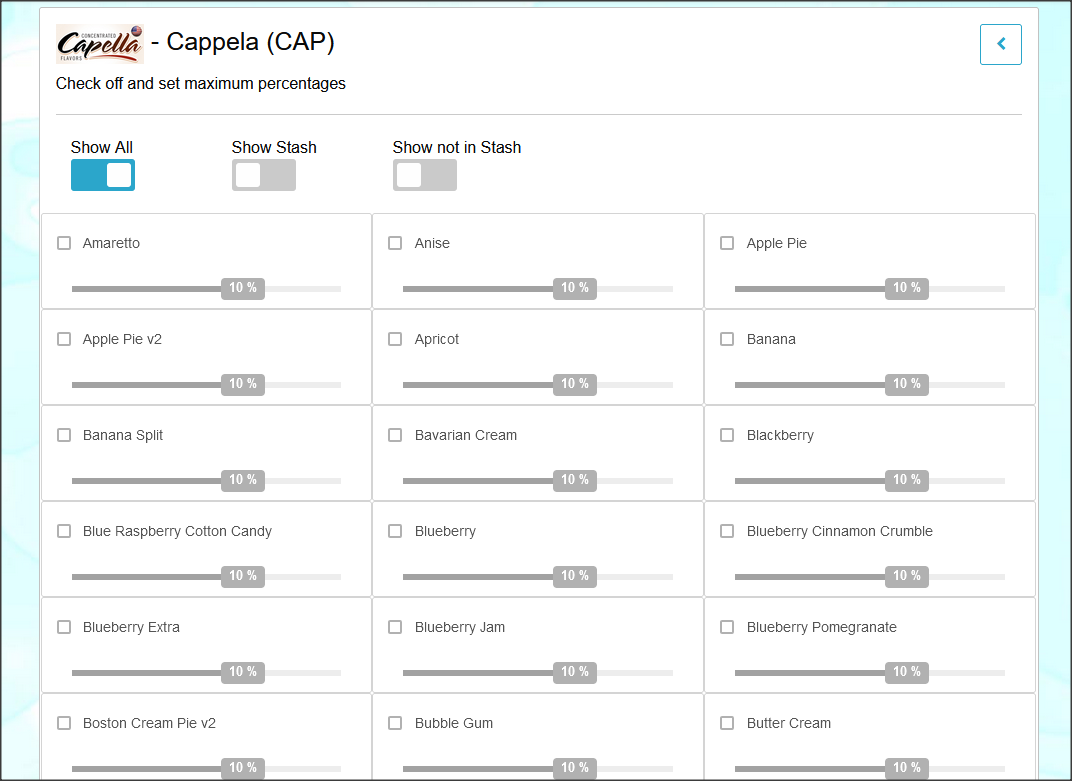 This approach worked great for me! I am not wanting to emulate the recipe but use it to give an idea of what I can create with what I have, after a while I found I am more than capable of making recipes from scratch. The thing is I agree everyone’s taste is different and more often than not when I have copied someone else’s recipe to the tee I have found them very disappointing!