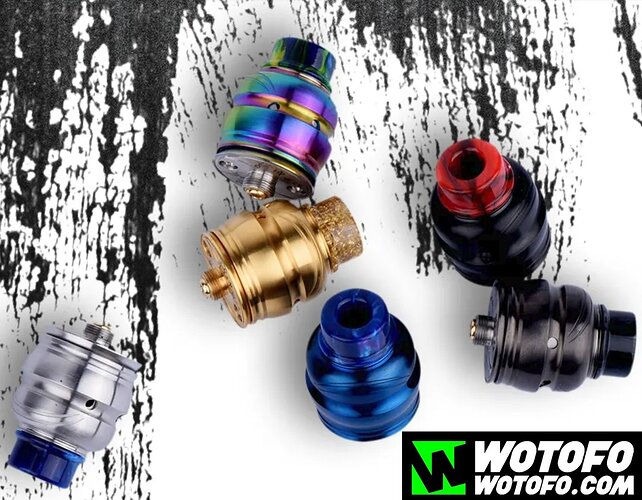 Enter the Dragon, Elder Dragon that is. This little 22mm squonk friendly RDA has been out for a while, and despite being late to the party on this one, the flavor on it, was SOO good, I couldn’t NOT share this with you guys. This smoking little flavor chucker was a colab with Wotofo and Ryujin. Let the flavor chucking review commence !!!

What’s in the box:

Wotofo knows how to package their equipment. 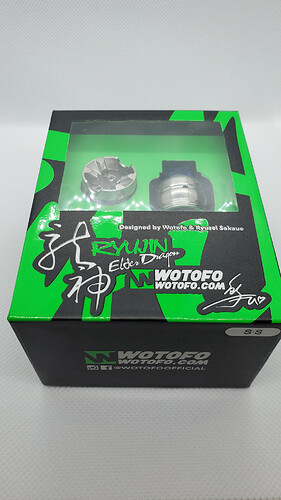 Starting out on the in the boxers were grubber, and phillips drivers, spare o-rings, standard pin, screws, coils, and cotton.

There’s more ?? Yes, they even decided to throw in the book, AND a coil cutting card. They ONLY thing they didn’t throw in, WAS the juice. 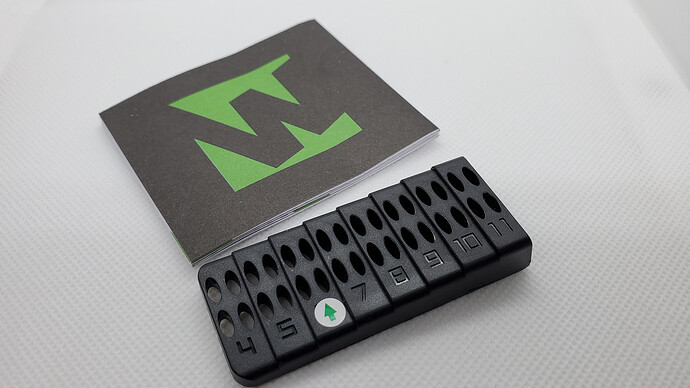 Now if all of THAT, doesn’t tell you they’re serious about YOUR vaping, I don’t know what will. Checking out the star of the show was pretty impressive with the nicely designed RDA, two drip tips, and a 510 adapter. 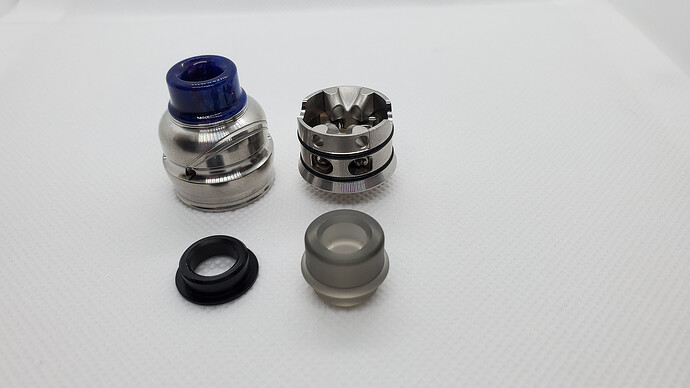 Starting at the bottom, you could see that they didn’t cut corners on any of the detail work, including the gold plated, default installed squonk pin. 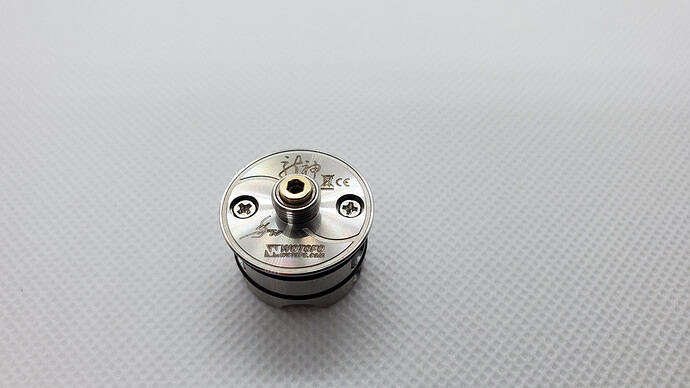 Once I took a look at the seriously DOMED cap, I knew that they had focused this on flavor, and flavor, is what I savor. 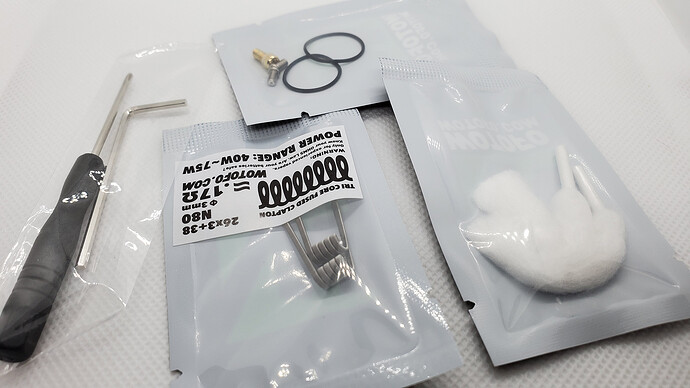 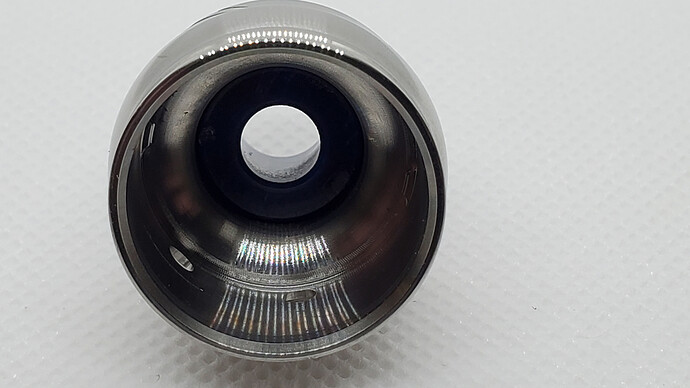 Moving on to the star of the show, the deck. When I first saw it, I did a double take, as it looked a little odd, and not what I was used to, but when you look at how it’s laid out, with the FOUR “air tubes” heading RIGHT to the coils, you start to better realize what this WAS going to be about. 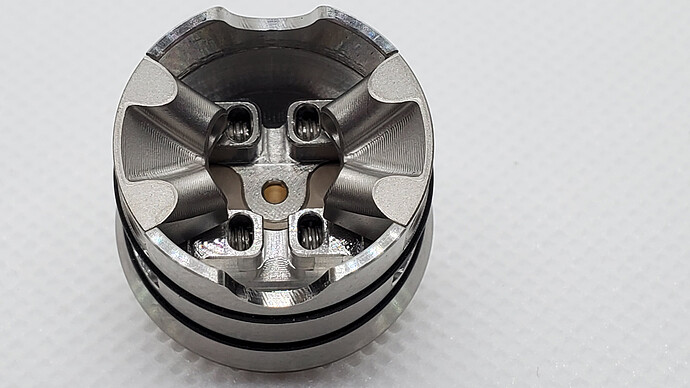 Super nice were the fairly beefy phillips screws, and worked great with the included driver.

By now, my flavor seeking ADHD was in high gear, so no more delays, time to coil up. The included triple core clapton coils and cutting tool (with the dum dum arrow) were ready to oblige.

I had thought of sizing them manually, but decided to let the experts do the deciding (the people that put the arrow on the cutting tool LOL). And after I did, and seated the coil, I could tell they thought about this, as the airflow was hitting mid-mid/low on the coil. Smart my flavor making engineers, very smart. 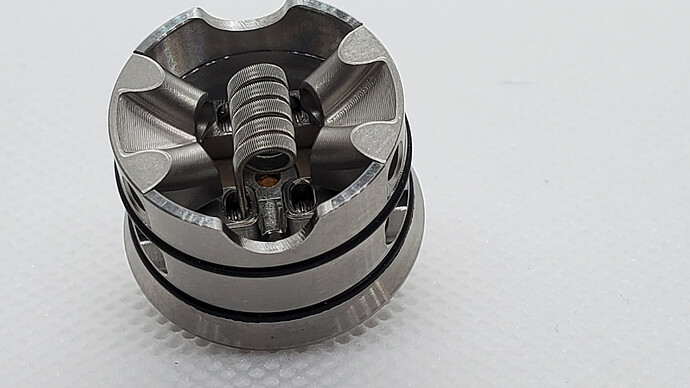 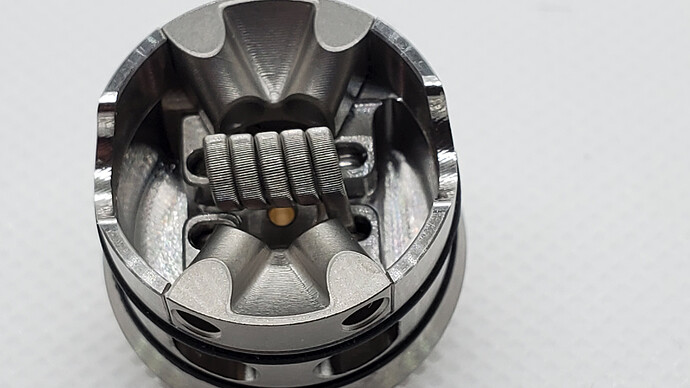 With some really top rate machining, and dual o-rings on deck, it was no surprise that they smartly thought about notching the lip to allow for super easy insertion of the included agleted cotton. Very nice. 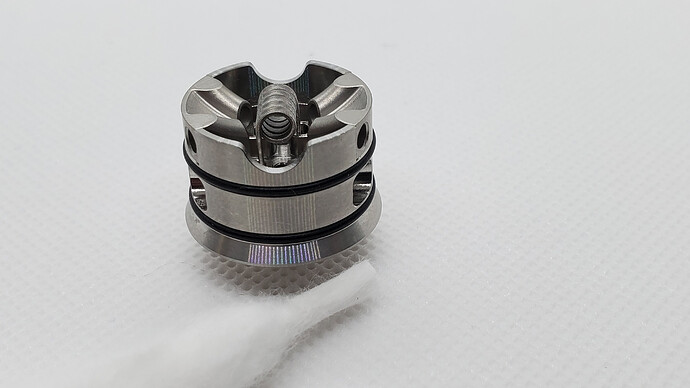 As always, I thoroughly cleaned all the parts, and after installing the coil, dry burned, and with minor raking, it evened out nicely, and it clocked in at roughly 0.18 ohms. 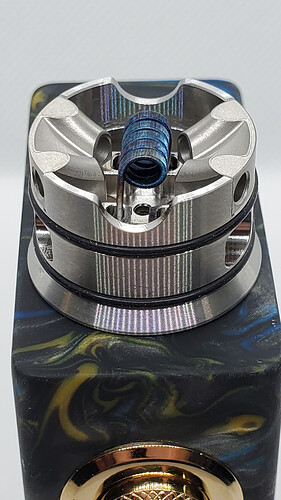 Wicking up turned out to be as stupid easy as it looked like it would be. The cotton provided was a bit snug, but pulled through, and cut the tails to go to the bottom of the deep wells. Very hassle free.

Putting a little gas on the fire. 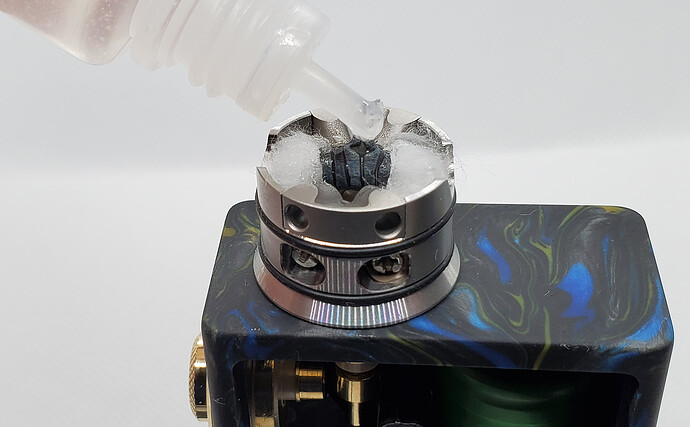 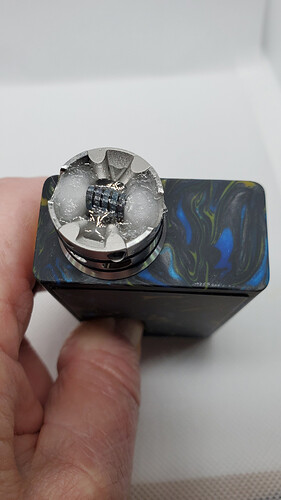 For all of my testing, the ED was riding on a Stentorian RAM Box, but you could surely set this on any quality squonker. 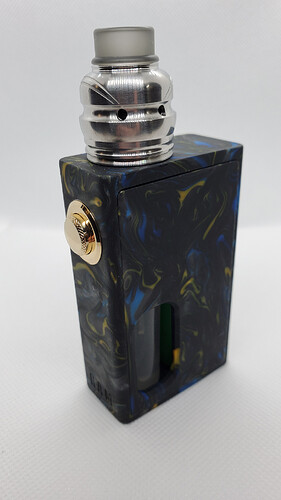 Well, coming from a guy who barely RDA’s, and barely squonks even less, I was IMPRESSED. This may be one of the BEST dense flavor chuckers I have ever tried, and I’ve tried quite a few. And this one, isn’t even a STEAMCRAVE !!!

The machining, and workmanship were really good on this, well thought out, and despite looking hard and far, I couldn’t really find fault with it. The dual o-rings made for a solid slide on / off, the semi-spaceous deck worked great with the provided 3mm ID coils, and although I’ve seen dual coils run, I just wouldn’t do it for other than bragging rights. Air flow while somewhat restricted, I think actually added to the dense-ness of the flavor, which was outstanding on this. Very nice phillips screws and notched lip for easy wicking just made it all too easy to setup. I tested my go to custard/bakery as well as a new watermelon and the flavor was just plain outstanding on this. It flavored so well, I just don’t think I was missing a second coil.

I really wish I would have tested this much earlier, as it clearly was designed for flavor, and who doesn’t love da flavor ?? !!! Your vaping style may dictate whether or not you love or hate the somewhat restricted air flow, and although I typically prefer a more open flow, the flavor was so good and dense on this, I really didn’t mind. Sometimes certain setups favor one type of flavor over another, but this one just didn’t seem to care, and just kept on producing flavor clouds regardless. The compact-ness of it works in its favor for flavor (hehe), and even for a single coil setup, it really didn’t leave me wanting, which was more of a surprise because I typically always run dual coils. I didn’t get any whistling or spit backs, which had originally concerned me with the more compact design, and semi-restrictive air flow. Nadda, zip, zero. Maybe you didn’t catch this one when it came out like I did, and/or you haven’t tried a single coil setup, or squonking. If you did miss it, now might not be a bad time to get a few, because I’m having a hard time faulting this little flavor chucker. If flavor is what YOU savor, I’d say pick up one or two !!! At $19.99 currently at Element Vape, it’s almost too cheap to NOT try. 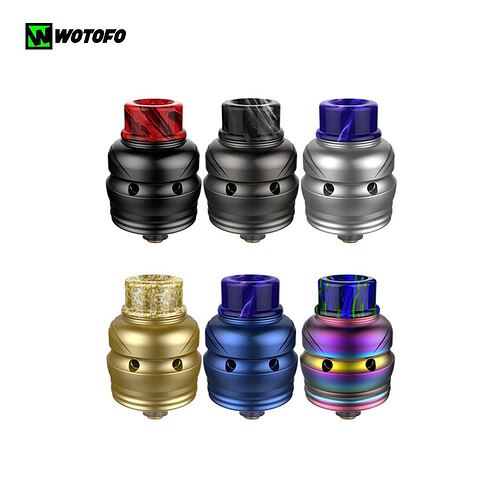 The RAM squonk mod by WOTOFO and Stentorian is a beautiful masterpiece of a device. Elegantly crafted out of the finest padauk and resin, this device is top-notch while also being easily affordable. (Battery not included) [TABS]...

316L Stainless Steel Triple Core Fused Clapton, with the cores running parallel to each other. This is very similar to the alien coil but without the wavy effect in the wrap wire, the performance is almost identical as well but at a much better...

WOTOFO Agleted Organic Cotton is inspired by the ever increasing need of fast cotton preparation for your rebuilding convenience.

Real nice SD, always enjoy your reviews. I enjoy mine too, missed out on that sale to pick up another but will keep an eye out

Mine should be here shortly SD

Thank you very much @Mjag, that really means a lot. I totally borked up more than once. I missed the damn Dragon when it came out, somehow missed Paul’s review of it, THEN, after I finally threw up the review on ELR, I completely forgot to post here, so, hehe, color me tarded.

Mine should be here shortly SD

@G-Fog can’t wait to hear what YOUR thoughts are on it.

Nice review! It is a great little RDA. I of course drilled the air holes out and liked it even better. Great job man.

Awesome review brother, I might just have to dig this one out again, never really been a single coil vaper but this thing is a flavour machine for sure. nice job bud

My ED has still not arrived.

Thanks very much @Steampugs, sorry for the late response.

My ED has still not arrived.

I wouldnt stress to much mate i have a bunch of things sitting in customs that havent moved for weeks - i suspect you guys are the same. I also have packages waiting in China that haven left the international departure hub -due to the fact there are no flights going anywhere.

Don’t worry, over seas shipping is jacked at the moment.

Yes it is, but is was also strange that 2 orders that I placed, each for a box of 200 bottles that I had ordered from China, both arrived in 10 days, during this lock down. I had thought there might be some delays so got some stock ordered

Happy days, the Elder Dragon has arrived!!
It did take a complaint to Wotofo, however they resent the shipment immediately, so kudo’s to them.
They shipped on the 11th and it arrived today so pretty damn good this time. The other orders seem to have been lost by the shipping guys.

Sorry to hear about that shipping issue @G-Fog, but glad Wotofo fixed it.