Hello Everyone!
Vawoo is proud to be a part of the Vapingcommunity.

We are a newly opened Marketplace for e-cig/vaping manufacturers, vendors and vapers from all around the UK.

To make it more exciting, we’ve created an Exclusive code for you all to use, which will give you a 10% Off discount on all the listed items from our Marketplace. Use code VPCOM10 on checkout.

In addition, we’re also preparing a bunch of Black Friday Deals and the New Year Deals later on.
Keep an eye on our website and the upcoming posts with details revealed.

We’ll appreciate you comments, reviews and suggestions on our platform itself, our vendors and the items listed. 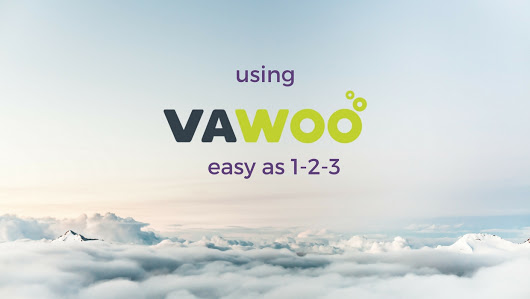 Pleased to have you!

Black Friday is coming soon and We’ve put together an awesome new exclusive offer for all our clients. Now, when you want to buy any item from Vawoo market, but found it cheaper* on-line, you have an option for a Personal Offer - the button is just under the “Add to cart”

When you click it, the window will pop-up and you need to send us a link to a website (UK) where you found it plus some of your details and we will do our best to beat that price for you and get back to you with a personal offer. 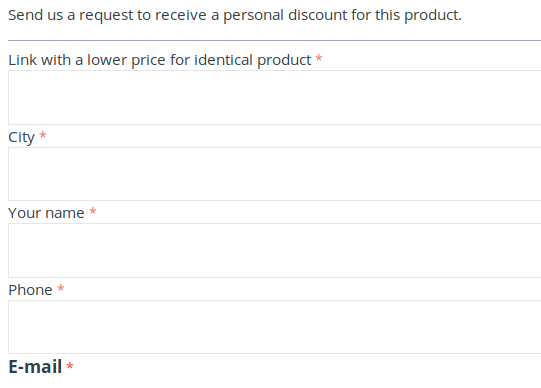 Hope you will like it. Any questions, let me know.

*this offer is valid for UK based on-line stores only.

Did any of you already tried the “Personal Offer” on Vawoo?
Let us know your thoughts and suggestions about it.

For those who didn’t, I wanted to remind that if you want to buy any product listed on Vawoo but found it cheaper on-line (on any UK based store), share the link for it and we’ll beat that price to get you the best deal on UK market for that product.

Black Friday Deals are ON now. You are welcome to check them.

Also, we’ve launched the 20% OFF your first order Promo (can’t use for BF products).

Black Friday and Cyber Monday passed but we still have the exclusive Personal Offer for all the listed products. If you want to buy anything on Vawoo but found it cheaper on-line (any on-line UK shop is good), send us details and claim you Personal Offer for it.

If you haven’t yet started Christmas shopping for your family then it is about time. With holidays around the block, leaving gift buying until the last minute can create unnecessary stress and increase the chances of neglecting your beloved ones.

Thought the Black Friday/Cyber Monday deals are over, there is still an opportunity to make a good amount of savings off your festive purchases. December 14th, marks the day of the annual event - Free Shipping Day. Thousands of retailers from USA, Canada and Europe will join the excitement. This includes Vawoo - the on-line, UK based, vape oriented marketplace which has a big assortment of products to offer to the consumers throughout this holiday.

With Vawoo you have the occasion to purchase TPD approved e-liquids and the newest and trendiest devices on the market. The event will be held beginning on Friday the 14th of December at 12:01 a.m. until the end of the day. During this time, all customers will be exempt from delivery fees regardless of the amount spent on the products. 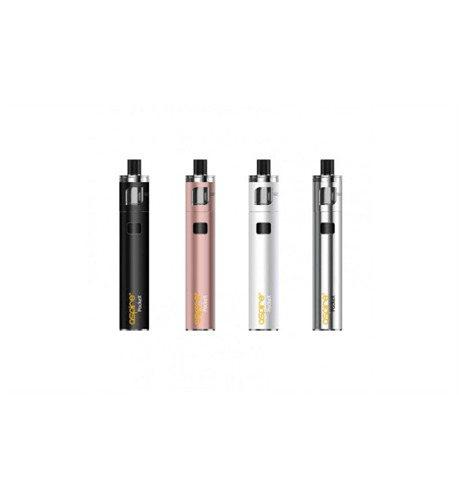 Being just a bit shorter than the iPhone 5s, the Aspire PockeX is the ultimate pocket All-in-One (AIO) device. Packed with a 0.6Ω stainless steel Nautilus X U-Tech coil, the PockeX is a sub-ohm device. The PockeX has a wider drip-tip and larger top-airflow allowing for increased vapor production.

PS
All the items from the Free Shipping Day section are eligible for the Free UK shipping on 14th of December. Celebrate this day with us!

Xmas and New Year holidays are behind the corner and Vawoo is preparing some Great Promotions for our customers. (Will update with details soon).

For now, I wanted to remind everyone on VP that we’ve made an exclusive 10% Off discount code (works on all the listed items from our Marketplace).
Use code VPCOM10 on checkout. 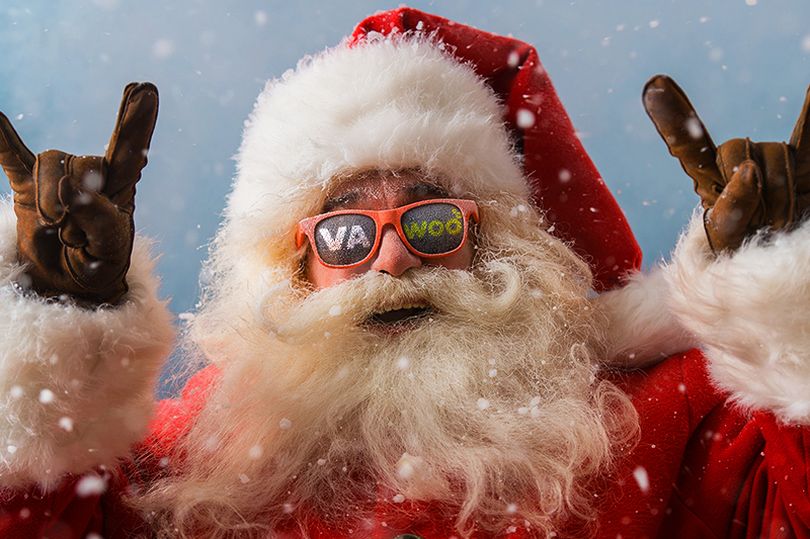 Vawoo welcomes you to join the Xmas Fun and to check our Special Xmas Sale items!
Holidays are much better with Us.
Join the Vawoo platform - Vendors and Manufacturers are also Invited!

Vawoo Marketplace is looking for new and active Affiliate Partners.
Please check This page for an additional information.
If you have a blog/vlog, youtube channel or any other social media place you can recruit people from, you are welcome to join our Affiliate Team.

In case of any questions, let me know.

In case of any questions, let me know.

Feel free to check all the flavors and find your favorite ones. 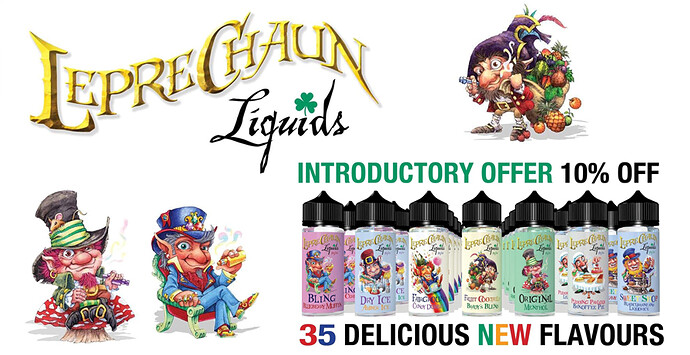 Greatest (Pre)Black Friday Sale you can find Here on Vawoo

Stock is Limited, Hurry up to get yours!

Hard times for the UK during the Covid pandemic,
lockdown was announced for at least 3 weeks, all off-line stores except the “life essential” ones are closed.

We at Vawoo want to support our clients and offer a Special AniVirus Voucher code for a 10% OFF Everything - use the code Anticovid at checkout to apply your discount.

Let’s stay home, vape and be safe along with our families.

thank you guys and take care!!
will use the code soon!

we need more good news to water down the dark newsline. thanks man

Holidays are just around the corner and we’d like to invite you guys to celebrate it with Vawoo Marketplace. We have many new vendors on the platform btw

Use special coupon code Xmas8 to get 8% Off your order. Works for everything, including items on Sale! (valid till Jan 3d)

Post-Brexit update to the TPD regulations imposed by the EU.

According to the Global state of tobacco harm reduction report published by UK Public Health Agency Knowledge Action Change (KAC) an urgent need to scale up tobacco harm reduction, which enables smokers to switch to safer nicotine products, eliminating the smoke that causes death and disease was demonstrated.

However, these numbers are dwarfed by the global total of 1.1 billion smokers – a figure that has remained static for two decades despite billions spent on tobacco control. Eight million people die due to smoking-related disease/issues every year.

Following Brexit, the UK has the opportunity to adopt a more sensible approach to vaping regulations and voting for change at the very least will bring this to the attention of those in power. The whole UK vaping and tobacco harm reduction community and Vawoo.co.uk Vape Platform in particular are looking forward to the positive changes in TPD regulations.

Current (imposed by the EU) restrictions:

All of the above mentioned restrictions have no rational logic or scientific evidence behind them and must be changed .

We are not fighting nicotine - which is one of the least harmful ingredient of the traditional cigarette by the way, the real goal should be significant decline in the amounts of current and new smokers and switching all current smokers to the less harmful nicotine delivery options ASAP and vaping is the most effective option of them all according to a number of studies (for example This one).

Best Vape Deals on the UK Market,
Thousands of newest products, e-juices and accessories from both UK and overseas vendors.

Special Promo Code for extra 7% Off your first order on Vawoo:Summer7