Cigarette smokers often suffer from stained teeth. But this dilemma may not apply to persons that use vape cigarettes according to a new study!

On Saturday, a newly published study suggested vaping doesn’t stain teeth. Scientists from the British American Tobacco (BAT) conducted a study that examined teeth exposed to cigarette smoke and teeth subjected to vaping over a two-week period. The results were presented at the American Association for Dental Research’s annual conference. 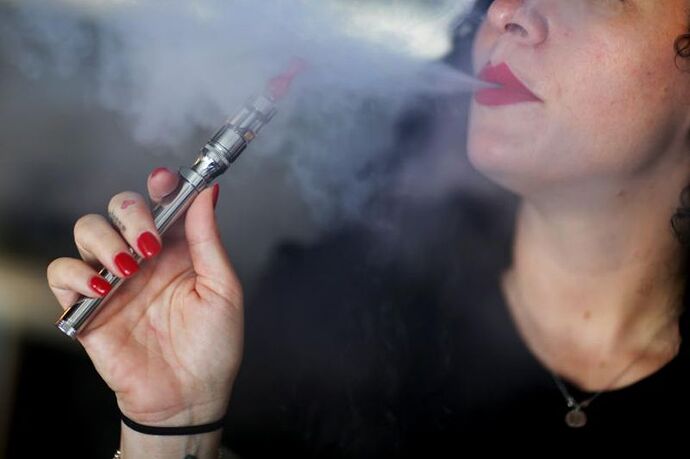 Been vaping for 3 years, no problems with staining and I vape heavy custard mixes, I just don’t think there is anything that can stain in a good e-liquid.

I just don’t think there is anything that can stain in a good e-liquid.

I dunno… LorAnn includes food coloring in a fair amount of theirs.

But, I figure that’s more like having a purple tongue after drinking grape Kool-aid! (only temporary)

Bloody tea stains mine!
Haven’t noticed further staining caused by vaping?
But then I haven’t ceased with my tea drinking to compare?

Linking to the research press release, courtesy of BAT Southampton, BAT Science . Love the idea of a puffing robot.

Thank you for the source

Ok, I have to admit, I thought this was a joke or a muse about “stupid” science. I really have no idea what would and wouldn’t stain teeth but just looking at the residue from cigarette smoke compared to the residue from vaping suggested this would be a no brainer to me. The windshield on my car is my test device.

Here is my own thoughts after doing a research on vaping: Vaping is safe under some circumstances and conditions. For example, e-liquid with no- or low-nicotine doesn’t pose any harm to oral health. Plus, it is safe if a vape user is looking after teeth every time they vape.

Yeah, I was just wondering how much this research has cost. I could have told them that too.
Blow cigarette smoke into a handkerchief and watch the brown stain appear, repeat the same thing with vapour, clean handkerchief.
It is like the yellow/brown stains on fingers that they call nicotine stains. They’re not nicotine stains, it’s the tar in cigarette smoke that causes that.

Amen, lol. They done got themselves a phd and discovered their first blinding glimpse of the blatantly obvious.