Firstly may I say that I hope this post does not break any of the community rules and it is posted in the appropriate category.

I work for a UK company which has spent three years designing and developing a new pod based vaping device. The vaporiser and replaceable 2ml pod slip into a portable case which automatically refills the pod from a 10ml bottle slotted into the case, and also recharges the vaporiser battery. The case itself is recharged in a dock station that connects via WiFi so that your vaping can be seen on our web app, which works for both Android and Apple phones.

Earlier this year we recruited a small number of testers to try the device, and following their feedback we have made a few tweaks and are now seeking about 30 people (probably users of existing pod systems) to engage in a larger trial, which we would expect to commence in early January. If you are interested, please send me a message.

Thanks for joining us.

Could you give some more information, maybe some images of the device too please 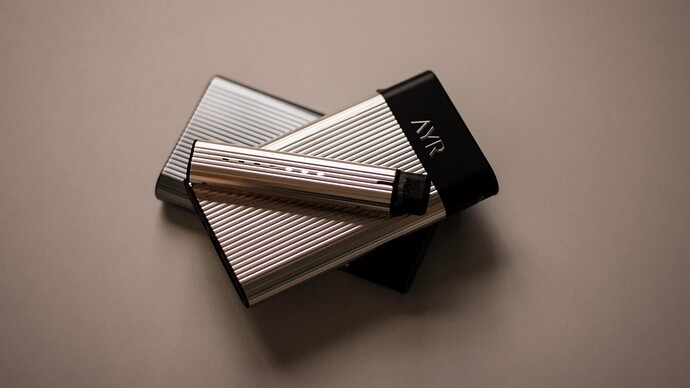 I work for a UK company

Change your relationship with nicotine

AYR is a start up owned by the founders Ian Murison and Kaveh Memari and a consortium of global investors.

Kaveh no longer works in the business. Ian is our CEO, but he will probably refer you back to me. We are a small, tightly knit company. What would you like to know?

It’s all a bit clandestine, we value our members here, so we appreciate open communication and transparency

It’s not meant to be clandestine at all, but it’s a new product still in development and so naturally has some commercial sensitivity. We are merely looking for some volunteers to receive pre launch versions and provide feedback to us so we can decide if it is at a marketable stage.

Ok, thanks for confirmation, hopefully some will show interest in trying your new product, it certainly is innovative

I would interested if your open to us residents, not funded by a tobacco company, and have transparency with things like what the heating element is made of.

Welcome to the VC @mhilton. I’m not really a podder, or I’d sign up, because I love to review things.

A question or two if I may…

Thanks guys, I emailed the contact on the website and was replied to by Mark so in that regards it seems legit, it’s an interesting idea

@Grubby You da man. Thanks for looking out for us.

The closest comparison I can give is to a Juul or blu device. The difference is that the e-cigarette itself just fits into the carry case, which refills the tip with liquid as required. Periodically the tip will need replacing, especially recommended if you change flavours to minimize flavour mixing on the first refill of the new flavour, but so far people have vaped 50+ ml of liquid through a single tip without noticing any degradation in performance.

Initially, and if the trial is successful, this will be a UK only product, just because of the resources required to have additional country approvals and distribution .

I would be interested if you need anymore testers thabks

Welcome to the VC @meatloafuk.