You have to respect Steamcrave for doing things their own way, no matter if its a 40mm RDTA like the Titan, or the Mini Robot RTA, which is by far the tiniest RTA I’ve ever used – they just do things a little differently. 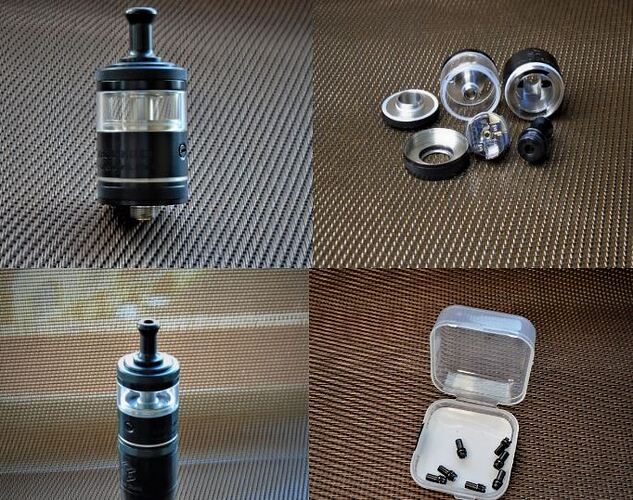 What do you get?

Maybe this is just me, but I love metal drip-tips – so I’m happy already.

I like the styling of the Classic RTA – it does have branding etched on the side, but it’s tiny and black on black, so you don’t notice until you closely examine it.

Accessing the deck is a little strange, instead of unscrewing the deck, you unscrew the base which allows you to pull the deck out from the bottom, which reveals a semi-postless design.

And then you notice the juice-flow – rather than coming in from the side of the deck like most RTAs, or being gravity fed – the juice comes in from under the deck.

The more I looked at the deck, and the chamber design, the more I appreciated the design – because the coil sits above deck, it allows the chamber to be extremely reduced, with just a channel for the coil to sit in, with the airflow right next to the sides of the coil. It’s almost like the MTL RTA version of something like the Nitrous RDA.

Once you’ve removed the base from the bottom of the RTA and pulled out the deck, just sit it on a mod in the same way that you’d build on a bridge for a boro tank and drop in your coil, that has been pre-cut to 4mm – the holes are quite deep, so can lift or drop the coil a little if you cut too little/much from the leads.

There are a pair of channels to rest the coiling rod in, so that getting the correct height and alignment of the coil is simple – so far, it’s an easy build.

Wicking however, isn’t quite as simple. As previously mentioned, the juice flows from the bottom of the deck, not the side, so if you just put enough cotton in to reach the bottom of the deck, the juice flow is going to be exposed and you’re going to flood the deck. I cut my cotton really long, long enough to fold under the coil and cover the juice flow. I also fluffed the cotton a lot, but didn’t thin it, or stuff the cotton in – I wicked it in the same way that you’d wick a gravity fed RTA, but with extra length coming underneath the coil.

It sounds tricky, but it’s very much common sense once you see the deck design, and I got it spot on with my first wicking attempt – zero leaks, flooding or dry hits.

There is one thing to be careful of with this RTA – when you reassemble the RTA and put the base back on – make sure it’s nicely tightened up. Mine was a fraction loose and I ended up slowly leaking juice all over my mod. Once tightened correctly, it’s been bone dry.

How does it perform?

Build One – 26g A1 2.5mm 0.78ohms – this is the typical build I use for traditional (ie. tight) MTL atomizers. I ran this with the 0.8mm airflow pins at 15-18w. I tried this with tobacco and strawberry RY4 juices, both freebase 3mg. The throat hit was average, and the flavor was very good – this is the sort of flavor that I usually need MTL claptons to experience on an MTL RTA.

Build Two – 30g SS316L Superfine MTL clapton 2.5mm 0.68ohms – with this build I decided to go for a loose MTL experience and put the 1.5mm airflow pins in. From 18-22w, the flavor was just about perfect – I still couldn’t get the ultimate throat hit from it, but the flavor more than made up for it. I did try the 2.0mm airflow pins with this build, but it was a little too loose for my tastes.

To be fair, the throat-hit wasn’t terrible with either build – it’s just that it doesn’t deliver the sort of throat-hit that a bottom-airflow RTA can.

I like the airflow on this RTA a lot, it’s very smooth and it’s almost silent.

The side-airflow design seems to work wonders for the flavor, but is less than ideal for a punchy throat-hit.

As far as flavor-chasing MTL RTAs go, this is as good as I’ve tried.

The Aromarizer Classic MTL RTA was provided for the purposes of this review by Sourcemore, who currently have it on pre-order. Their current price is $28.99, but if you use the code SCACR you can reduce it to $23.29

Nice review, thanks for sharing it

Thanks - reviews are like meditation for me, I really enjoy the test/writing and it chills me out.

I know the feeling mate, i miss it sometimes, dont miss thebwork though lol

Nice review @I_aint_Joe. I know that when I, and @Timwis reviewed them, we had similar issues with weeping, but increasing wick length/density solved it. I was very impressed by this MTL and directly compared to a few of my other go to’s , and it equaled or surpassed them. Even with the tricky wicking it was well worth it.

My leaking issues were all solved by making sure the bottom was done up very tightly - and yes, lots of wick is required - the location of the juice flow ports is strange, I went for enough cotton to get into the well, and then double under the coil to cover the ports. 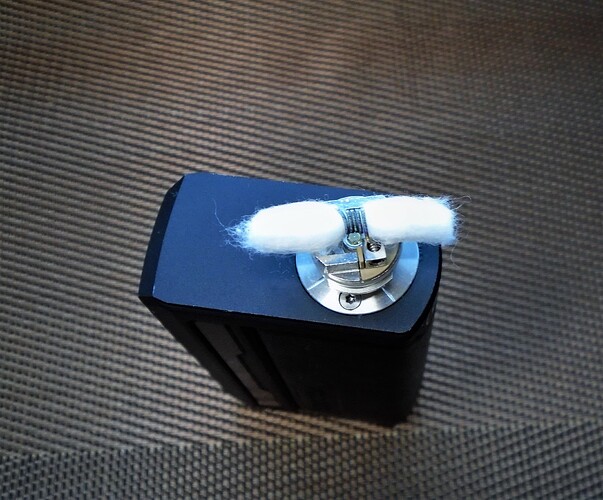 I think this might have been the sweet spot for me … 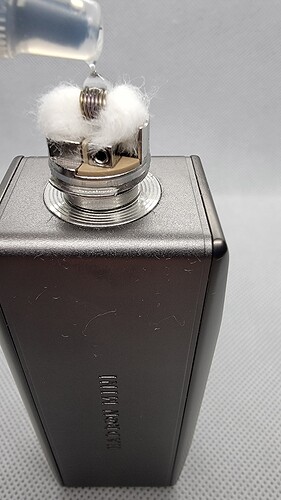 Our wicking looks quite similar. 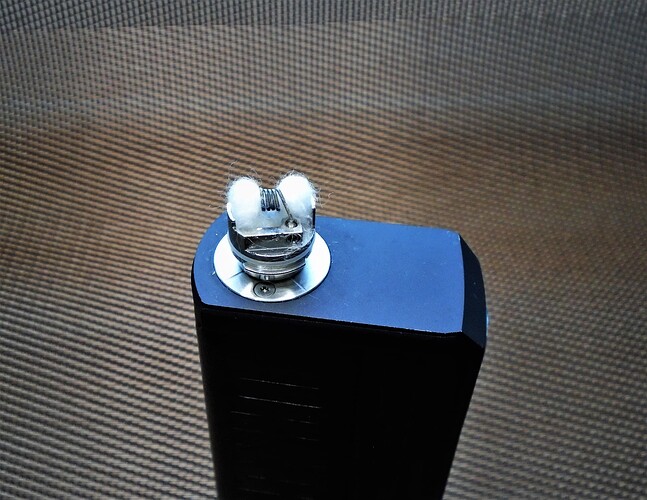