Need advise on a recipe idea

I have an idea for a recipe I’ve been longing for. I know that a rice crispy treat has been done and redone. My thought is to go for a rice crispy treat with bits of chocolate. I have tried alot of Ethos Crispy treat clones they all seem to lacking something. Even the original left me wanting more (flavor, fullness). Now I like to push boundaries and try new paths to get what I want. And my idea is trying FLV Marshmallow Treat with some sort of rice cereal like cereal 27 and adding something like FLV Smore to use it’s light graham note to help fill out the cereal, of course it’s gives me some extra marshmallow and it can add a light chocolate note. Any thoughts or suggestions would be greatly appreciated.

I haven’t ever tried or even thought of mixing a Rice Crispy Treat recipe, but you got my attention. Adding a touch of chocolate to a recipe can be a hit or MISS affair and although I don’t have the FLV Smore, haven’t had any success with FLV chocolates…
@SmokyBlue used FLV Popcorn in her Rice Crispy, another flavor I don’t have, but something to consider…
When I first read your post about wanting more, the first thing that came to mind was a touch of Milk N Honey (I know, I know)

No that’s really helpful Rocky FLV Milk & Honey is such a good flavor. It might make an appearance in the final recipe. I just recently got FLV Milk Chocolate and to me if used low it reminds me of a milk chocolate. I don’t yet have Smore either just thinking it might work as an accent. I don’t know what I was thinking I should have asked the Queen of Flavorah herself. LoL

I’m just testing (another of many) recipe right now with the FLV Milk Chocolate, can’t get it to work 4me…
Hopefully someone with the Smore will chime in

Another recipe idea before I place any new flavor orders. I would love to make a recipe I want to call “Sugar Rush” based on the flavor profile of a Sugar Rush Cantaloupe. A sugar rush cantaloupe being one of the sweetest, creamiest cantaloupes available. I’d like to use mainly cantaloupe or flavors that would enhance a cantaloupe to give it a creamy body.
I only have FLV Cantaloupe at the moment but I am looking to order any good suggestions. Thinking about diving into getting MF Cantaloupe? 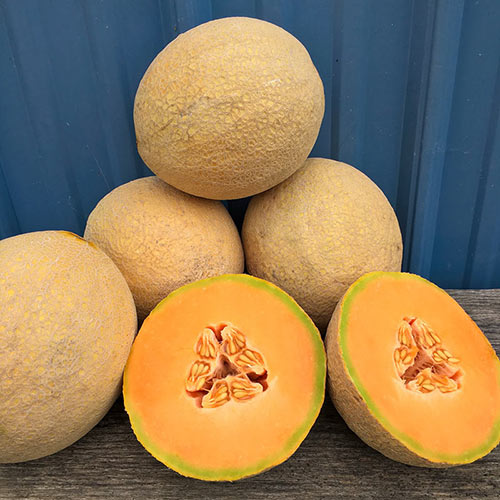 For Crispy Treats i would most certainly suggest Puffed Rice CSC; a magnificent flavor (coming from someone who’s not a fan of cereal vapes), light airy crunchy rice cereal. I just started playing with it and it’s promising; it’s unique and also it seems it’ll be useful addition for the texture in all kind of bakeries. Recommended.

For Smores i can’t help. The only one i have is Smores Brownies MB; a pretty good representation, (more smores, than smores brownies to me), one shot basically, but it has a distinctive MM smell/taste which would be recognizable in a mix even at 1% (not off-putting, but you just know this particular flavor is there in a mix; not easy to cover up it seems), so i would probably rather use other smore or chocolate if this is where you want to go. I’m not a fan of Milk Chocolate FLV either (but that doesn’t mean it wouldn’t dance nicely in such mix; who knows).

For Cantaloupe you might want to check Hami Melon WF. Pippa talks highly about it on YT. Description is attractive: Its flavor profile is reminiscent to a very sweet cantaloupe, with more flavor and firmer crunchy texture. Do we have another winner?

(since talking about winners, eyeMsam says Double Watermelon SSA is the best WM to date; juicy, sweet, natural, full flavor that doesn’t get lost in a recipe. Finally!)