How Did You Discover Vaping?

So how long have you guys been vaping for? And how did you come about to make the switch? Get your stories in the comments! 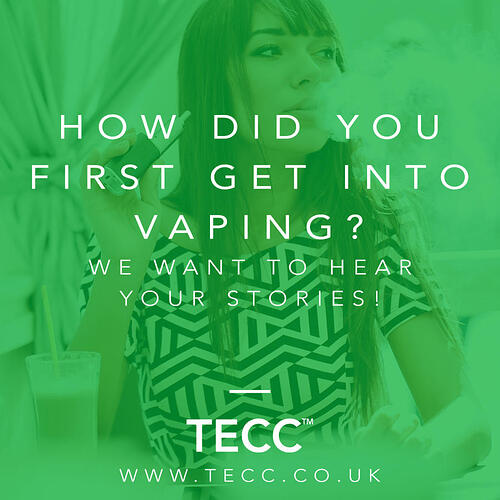 you know what…I genuinly don’t know how long ive vaped for…its either 5 or 6 years give or take…maybe 7 from when i first started, but seriously seriously vaping…about 4 years since ive been mixing, building and reviewing for 2 years

Tried vaping while I was smoking at least 4yrs ago, enjoyed it for a little while but got bored and went back to smoking.

The real breakthrough came after I’d been to the cessation nurse and actually given up smoking, I was using an NHS nicotine inhalator and my wife was using the patches, my wife had a problem with the patches though and decided to try a simple cig-a-like vape pen, glad she did because when I tried it I liked it better than the inhalator and bought 2 for myself.

Things progressed from there and I wanted to try different options, 3yrs later I am now at a point where I can take it or leave it.

Thanks for sharing the stories guys

I first tried the disposable bluecig when I decided to stop smoking in my car, didn’t want it to smell like an ashtray when I had clients with me. It sucked and I kept smoking, just not in the car. Got an innokin SVD with whatever the name of the tank that came with it and enjoyed it but still smoked. I wasn’t until a friend convinced me to spend $300 on a Patriot RDA and Grenade custom mech that my cheap ass said…well, this has to work…lol. really it was all about the juice that they first dripped into it, a strawberry whip cream that hooked me. Was so damn good I never looked back and probably 4 or 5 years cig free this August.

I think it is partially finding the right setup but without the right juice forget it, that is what hooks you.

Yeah, as I said in the other thread I had no knowledge of nor any interest in ‘vaping’. I was smoking and not too excited to quit, or even trying to. Happened as a matter of convenience on an out of town trip where smoking was inconvenient. It wasn’t until after I started vaping that I learned what it was even called by those in the know. Now I’m one of those in the know.

It was over seven years ago, maybe eight that I first started vaping. I guess I was lucky in that the owner of the tobacco store I went to was a cutting edge kind of guy and picked up on vaping early on. I bought a cigarette style kit that actually came in a box that was the same size as a pack of smokes with the flip top. I only vaped part time for a number of years. It was more like a convenience thing for when I couldn’t smoke. When I could no longer get refills for the vape I had, I bought a pen style vape which had a refillable tank. That was still a part time thing until a friend of mine convinced me to quit about three years ago. He suggested a Kanger Subtank kit and it was really easy to stay off cigs after that.

really it was all about the juice that they first dripped into it, a strawberry whip cream that hooked me

I couldn’t agree more!!
I’ve mentioned several times in the last couple years (to people struggling, or even thinking about quitting) that there’s two keys to dramatically increase being successful in the attempt to quit.

The flavor is what keeps you vaping IMO.

Some great stories here! It also shows how different it has been for everyone

My story is pretty simple, I smoked 20 a day and wanted to quit. I purchased an e-cig in 2013 and haven’t looked back since! And as fate would have it, I’ve ended up working for the same company that helped me find that freedom from smoking as well!