Geekvape, as one of the worldwide best vapor brands, produces vape innovation and creates best user experience for e-cigarette industry. From starter kits to the most durable vape mods to leakproof cloud-maker tanks, vape a healthy life with... 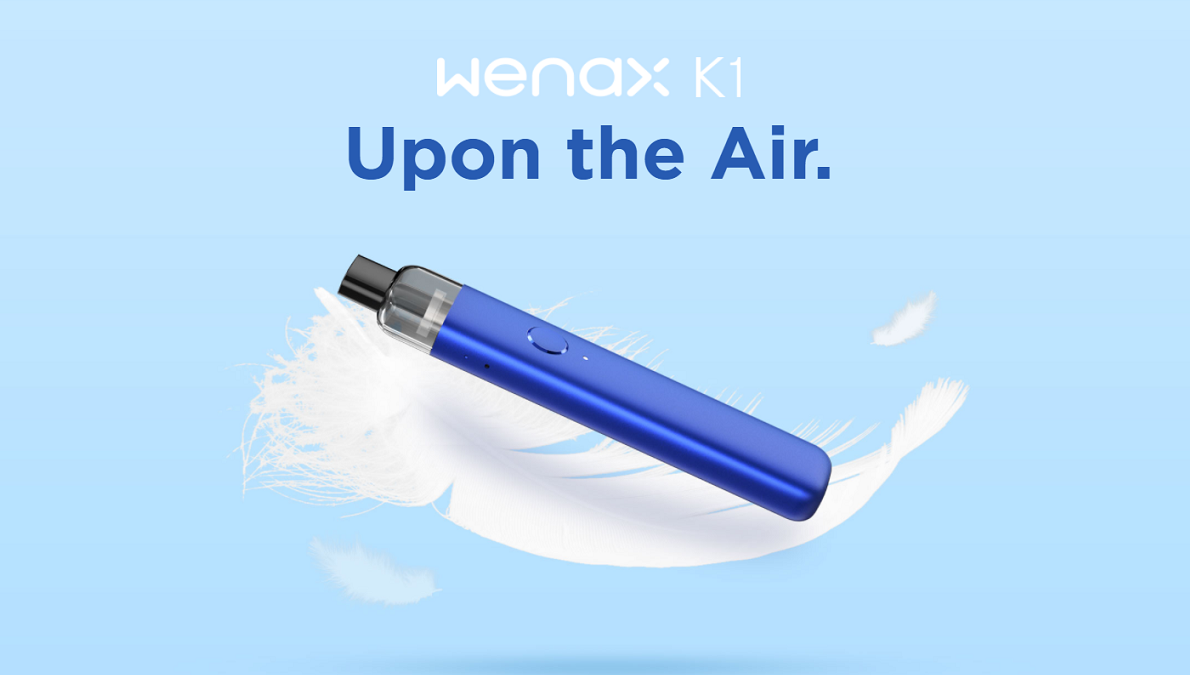 Geekvape need no introduction and here we have one for those trying to give up the stinkies or those that like a MTL vape using a convenient simple pod device when out and about.

The Wenax KI is the upgrade of the Wenax device and comes with 2 different refillable pods with fixed MTL coil heads. The device features two different modes which offer either both Auto and fire button activation or just Auto Draw with the fire button redundant! The K1 also has 3 different constant output settings with a form of boost for steady output and gives 3 Tier battery status indication. With it’s type C USB port and ergonomic form factor let’s give the new Wenax a closer look! 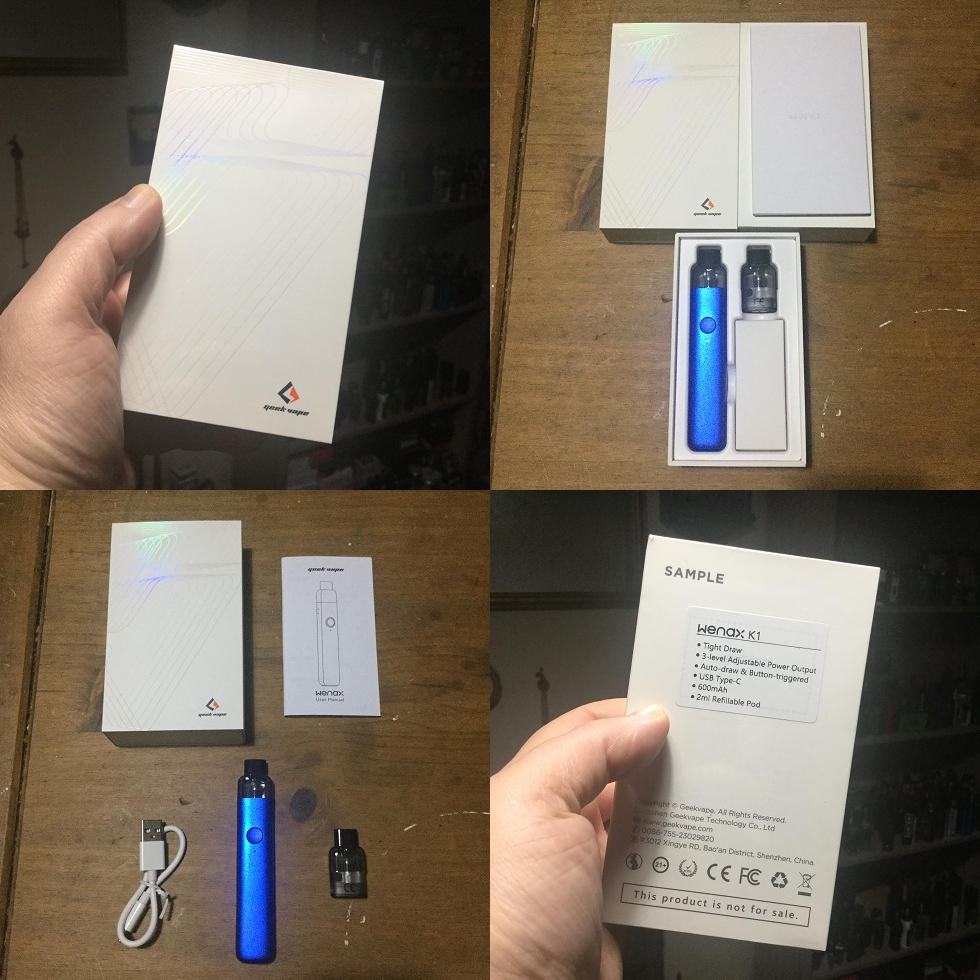 The Wenax K1 came in simple White sample cardboard packaging with the main features listed on the reverse. The device comes in many colour options, I received the blue version which is a nice Royal Blue, the choices are Blue, Gold, Gunmetal, Black, Red, Sky Blue, Army Green, Pacific Blue or Orange.

The form factor is narrow and flat rather than cylindrical and has a round concave fire button central towards the top on the front, underneath is a small LED. Towards the top both sides we have small airflow holes and on the reverse we have “WENAX” etched into the finish.

Up top we have the protruding lightly tinted pod with fixed Delrin mouthpiece, moving to the base is where the Type C USB port can be found. Not sure if the device is Aluminium or Zinc Alloy but it’s a nice lightweight, small and ergonomic! 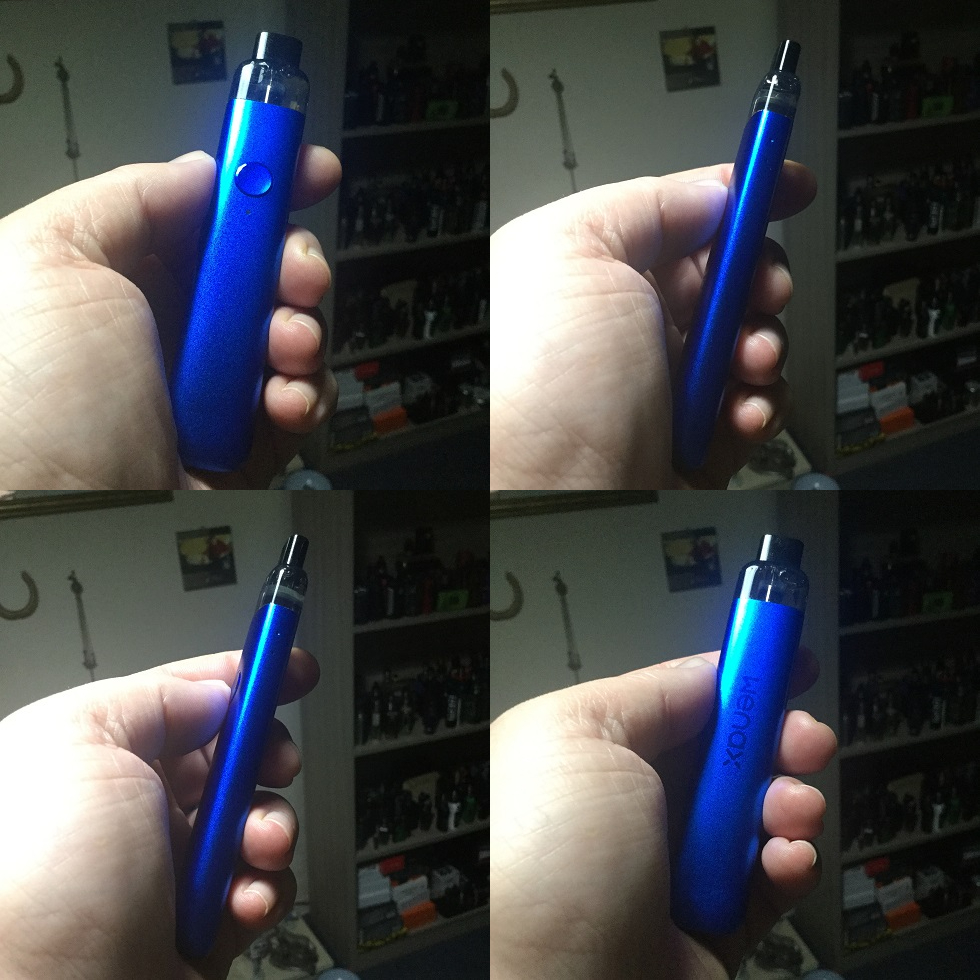 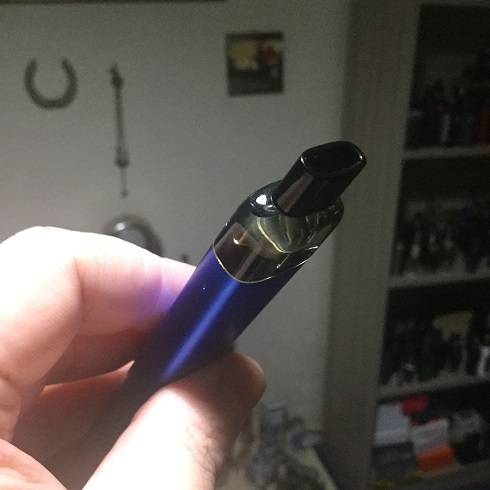 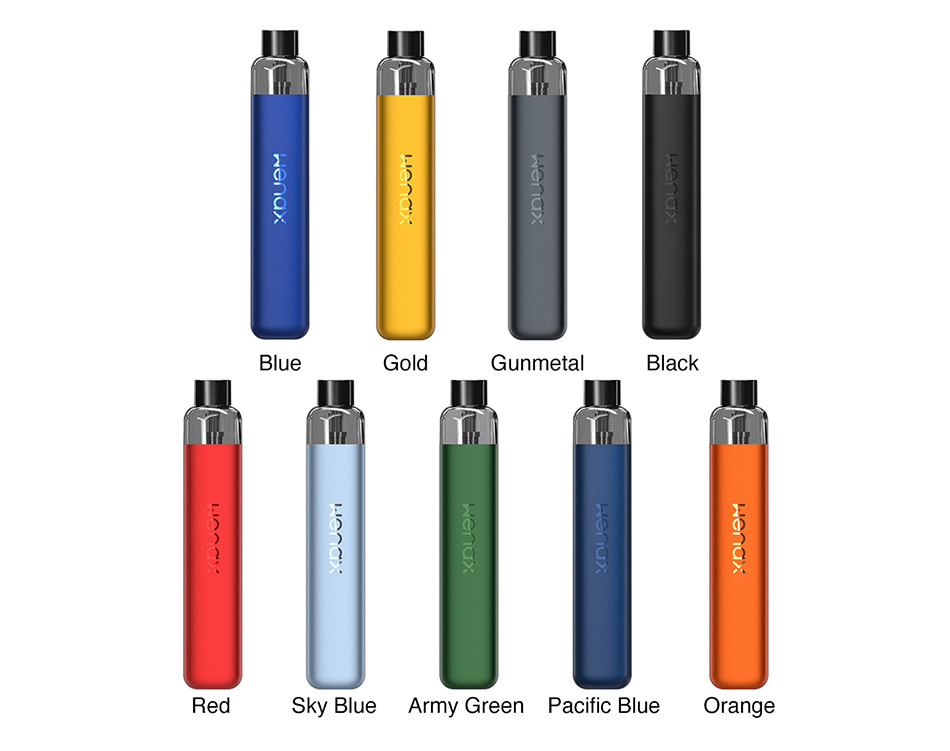 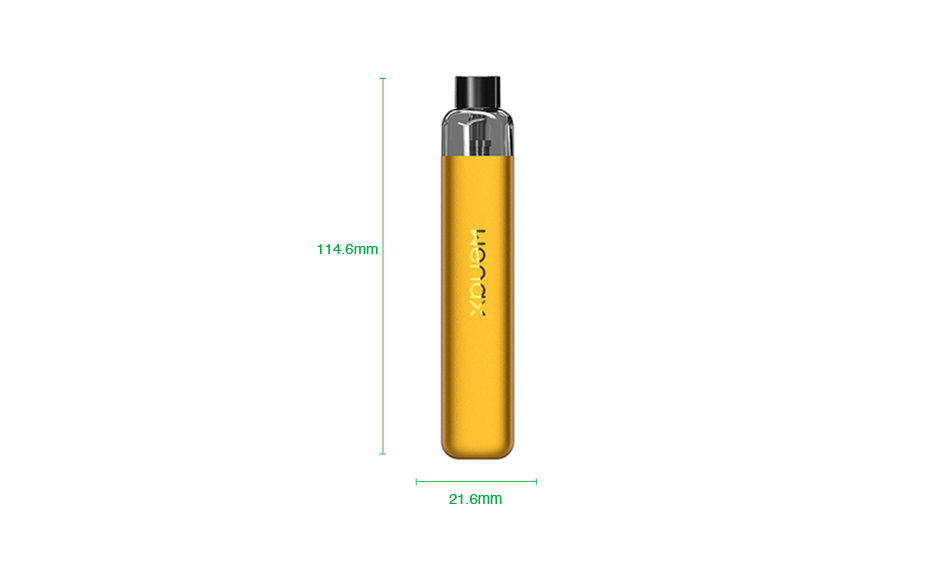 You receive 2 pods with a different resistant coil head installed in each one, the specs are printed on the base of each pod which is needed as the pods are identical. 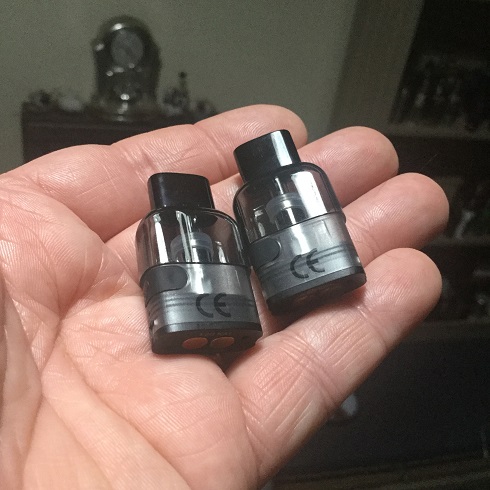 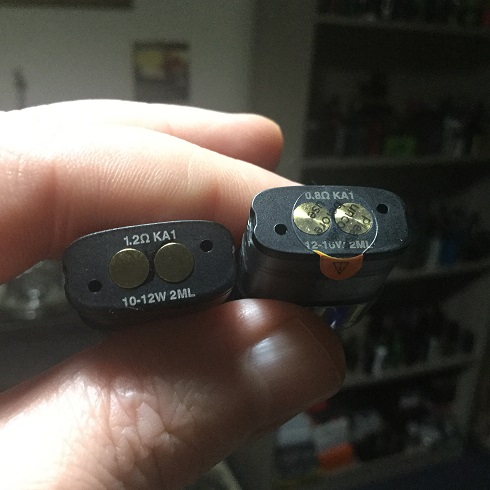 The pods are tinted but ever so lightly so seeing your juice is no problem at all, the section of the pod that holds your juice also protrudes outside the device so you can see the level at all times. The pod has a comfortable flat mouthpiece with quite a wide opening but when looking inside you can see it narrows further down inside to be suitable for a tighter draw. Looking at the base we have the contacts, printed specs and also to either side an opening for the auto draw tube within the pods bay, allowing the pod to get fitted either way! 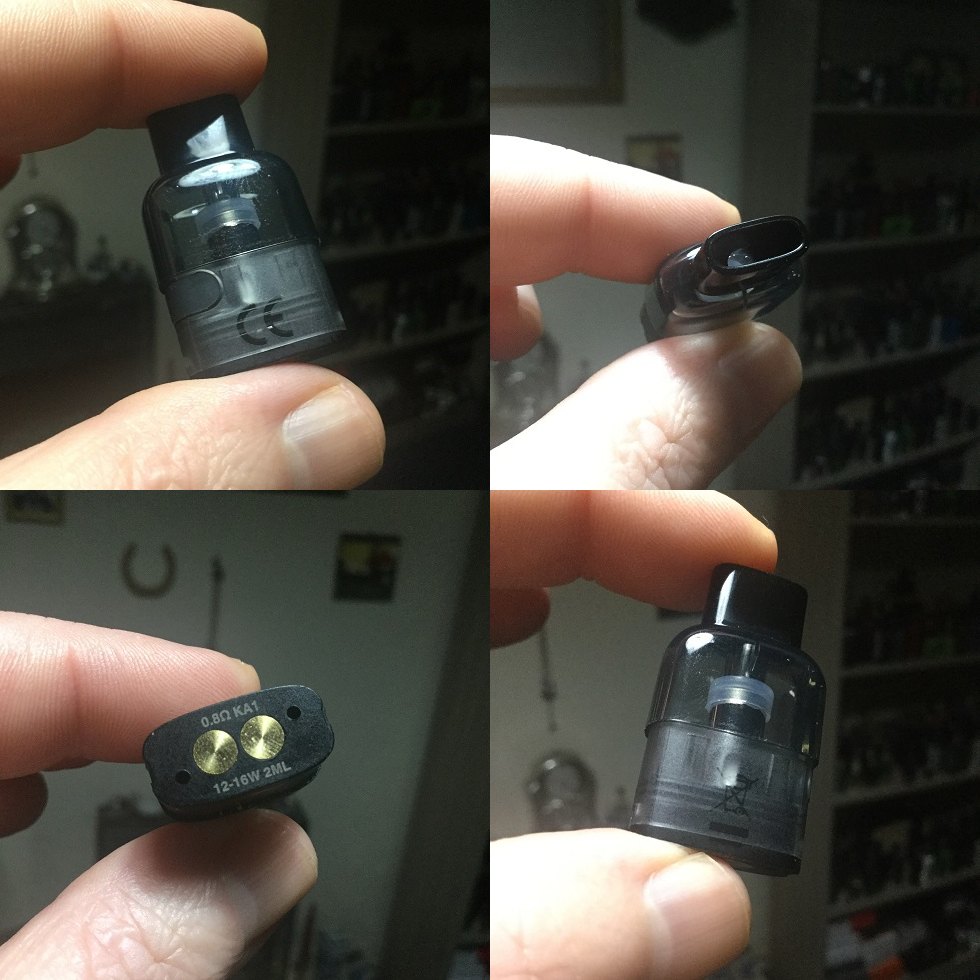 To one side we have a Black Silicone plug with an arrow showing where to lift. I must say i found this quite fiddly to remove for filling but that might in part be because i had only just cut my nails. Once removed with the pod held on it’s side the generous sized fill port allows a quick, mess free fill, the pod holds 2ml of liquid! 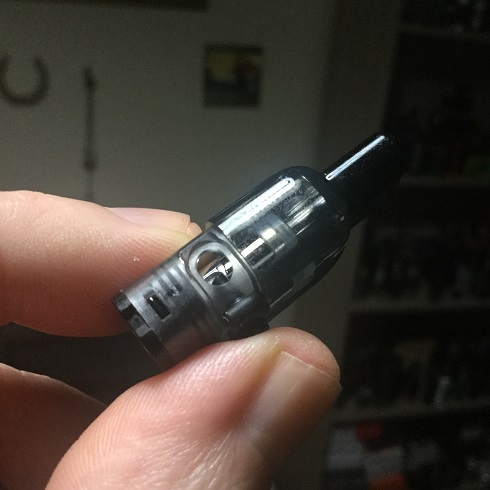 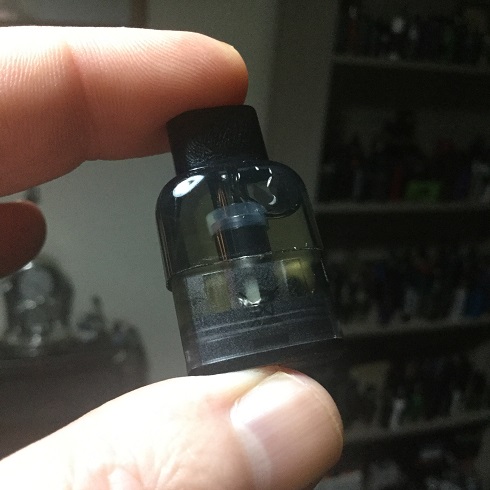 looking inside the pods bay we can see the Gold plated, spring loaded contacts and to the left the small tube which leads to the membrane switch. We can also see a small hole either side on the wall of the bay which will allow air to get to the pod.

On the base of the pod we have a hole either side for the auto draw tube so it doesn’t matter which way the pod gets fitted. The pod has no magnets but just uses tabs locking into indentations when press fitting into place and it gives a loud click as it locks. To remove firmly grip the pod and give it a strong pull, when in place there is no movement from the pod whatsoever! 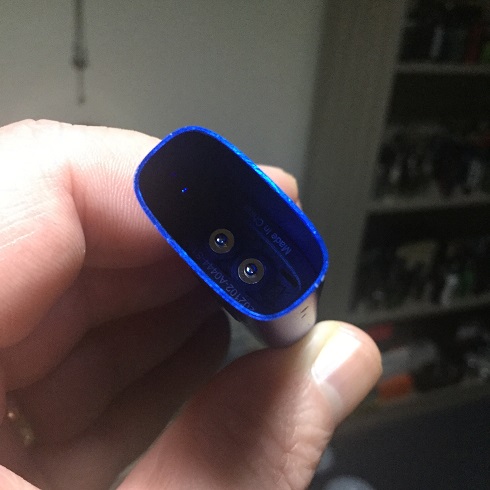 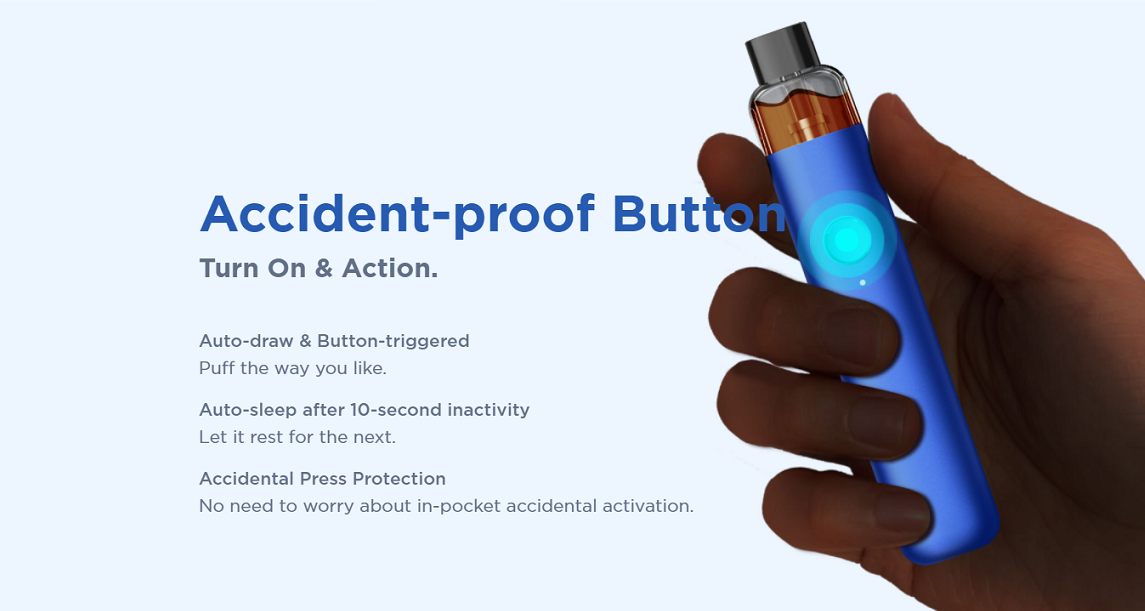 The device has some form of buck boost so it doesn’t suffer from drop off in power as the battery life runs down which allows for constant output settings.

I have no idea what the settings are as far as voltage or wattage output is concerned as at the time of writing details are not in depth including with information in the manual. You can change between the settings by clicking the fire button 3 times quickly and the LED will light up for 1 second in the corresponding colour, they are described as the following:

The device also has battery status indication which is shown by what colour the LED lights while taking a vape, the tiers are the following: 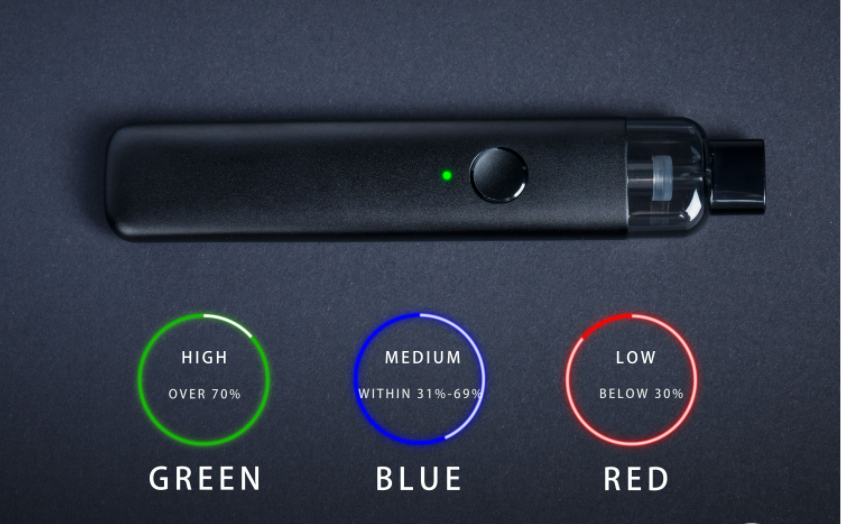 The LED also flashes in different colours various amounts of times to give alerts when safety protections kick in!

The Wenax K1 has a type C USB port positioned on the base which normally would be a con for me as i like a device standing up when charging but as the device is narrow and has a semi rounded base it’s not steady when standing up anyway so much better kept lying down rather than it just falling constantly! 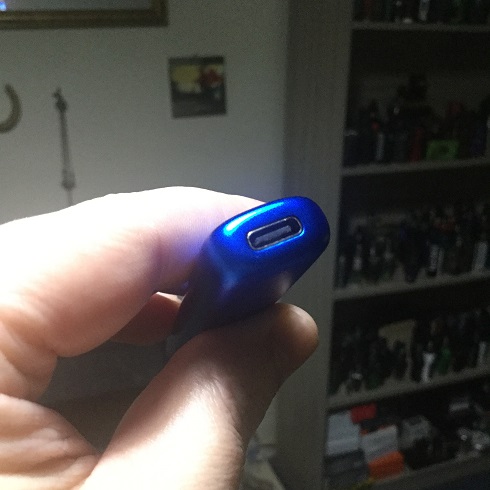 Not sure of the charge rate as it’s not mentioned and when trying to time it i kept missing when it was fully charged, my guess is 1A, it charges quite quickly!

While charging the LED breathes Red between 0 to 69% and then breathes Green between 70 to 99%, once fully charged the LED stays lit Green until removing the USB, the Wenax K1 also supports pass-through! 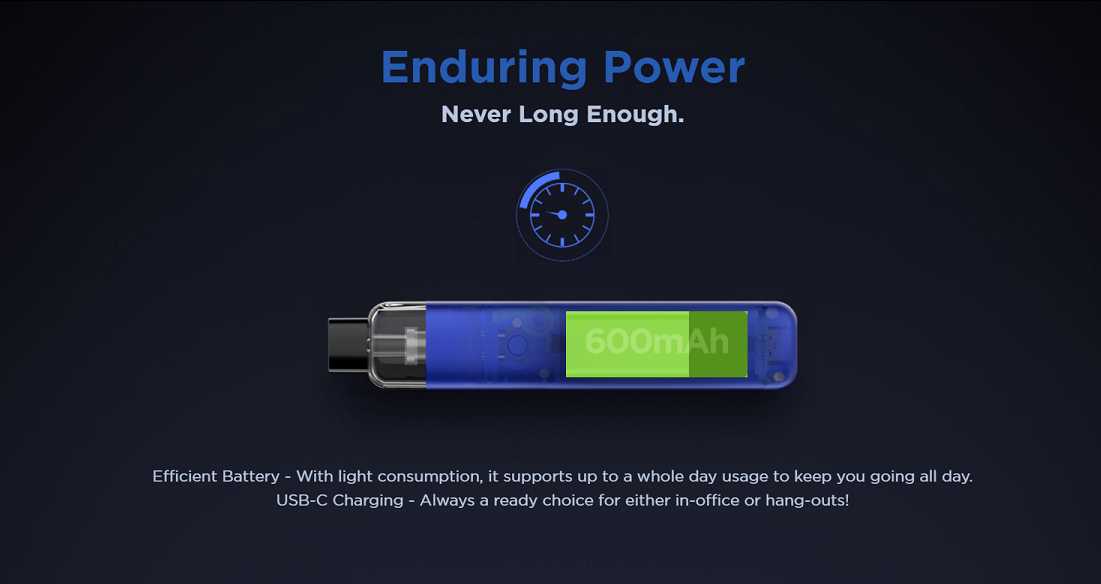 If you like the Caliburn but wish it had a tighter draw then the Wenax K1 should fit your needs perfectly. Geekvape say each pod should be able to be refilled 10 times but that’s down to how much the flavour needs to drop off before the individual deems it not up to standard, personally with both pods i found 8 fills and then i noticed a drop off in flavour but still will give decent flavour for a few more refills!

There isn’t a lot wrong with the K1 so struggling a bit for cons but the obvious one is that the whole pod needs replacing rather than just the coil and also although the K1 gives a fantastic MTL vape having no adjustable airflow is another. I also much prefer top-fill as i don’t want to have to remove the pod every time i need to fill although filling is quick and mess free. I did find the bung a little fiddly but i am putting that down to i have just cut my nails right back so not an issue!

The 0.8ohm pod gives a medium MTL draw while the 1.2ohm gives a medium tight MTL draw and the standout feature for me is just how well the Auto Draw works which matches the physical fire button for performance. Having 3 different output settings is also a pro although the difference between settings is very subtle and the battery status indications while only being 3 tiers are nicely spread out so fit for purpose. The flavour from both pods is very good with the 0.8ohm pod having the edge although i found this ploughed through juice for such a small device, i also experienced zero leaking.

Battery life was surprisingly good with the 0.8ohm pod lasting easily while out and about doing daily chores and when using the 1.2ohm pod it lasted the best part of the day! It charges quickly and supports pass-through!

Being able to have the device in Auto Draw only mode is another pro for those that prefer Auto Draw as this means the device can be left on ready to be vaped while not firing by accident in your pocket. I like that there is good visibility of the juice level at all times and how light and ergonomic the little fella is, very good pod device!!! 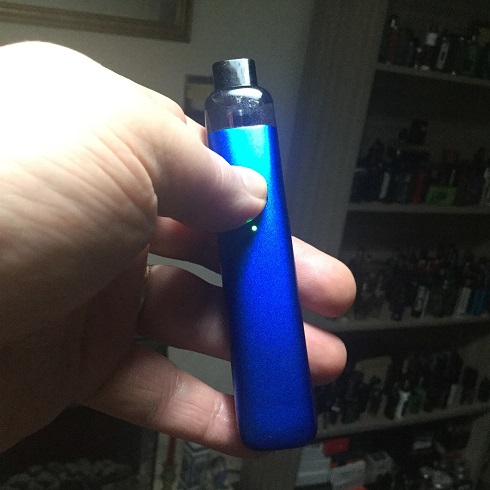 I would once again like to thank Geekvape for supplying the Wenax K1 Pod Kit for the purpose of this review, thanks for reading and stay safe!

Geekvape, as one of the worldwide best vapor brands, produces vape innovation and creates best user experience for e-cigarette industry. From starter kits to the most durable vape mods to leakproof cloud-maker tanks, vape a healthy life with...