For whoever is starting a new basic stash and doesn’t want to spend too much could be a good hint.

Didn’t understand what they rebottle with their brand.

It’s at esauce.co.uk I know that most of us won’t just go there for just Cap Tpa and only a few FWs, but… but… we all also know the gems…

It is probably worth another look if you had already visited these before; looks like I managed to buy up most their stock heh 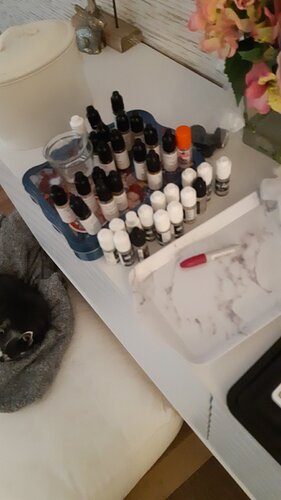 None of the sauces I’ve had off them except for CAP Milk Choc and Toffee (discontinued so only old stock everywhere) have a close expiry on them, at least a year, so defo a great find! I’m starting to sound like an advert for them but I will just say one more thing, if you need the juices sooner rather than later, I’d consider elsewhere but if you don’t mind waiting a few extra days? Well worth it, but even their first class option can take a week sometimes.

Nice, how long did it take?

Never looked at their DIY stuff, very interesting! I have just known them as the sales face of Rebel Mods!

Eh, about a week and half, so not forever but it was still long enough that I was starting to think something had gone awry. Got a tracking number update like 2 days before I got it, that showed postage that day so although they did try to blame C-19 and Royal Mail, I’m pretty sure it just was not shipped to begin with.

These things happen to the best companies, but did think it was worth pointing out.

What sort of % do these mix at? Also when i bought my Rebel Mod it took for ages, when you pick your colour it is made to order but took well over the estimated time given, i needed to confirm with Rebel it was ready and they confirmed Esauce had it and i should of already received it, Anyway Rebel contacted them direct as i was just getting told it had been sent but couldn’t give me a tracking number despite delivery which would include tracking was the option chosen. Eventually it turned up but they continually tripped up over themselves obviously not remembering or checking what they had said previously so continually contradicted themselves!

Don’t quote me on this as I am no expert, but I’ve had a few of these so called “home brand” flavours before, and these seem to be around the same. I’ve not tested many but the few I have seem alright at 10 to 15%, a bit sweet-shop-ish rather than natural tasting if that makes sense.

The caramel I got is quite strong though, and I might be ordering a few more of those. Not nice by itself but I’ve already had it with a few coffees and its mixing at lower %'s lovely.

I know what you mean, apple flavour chew rather than taking a bite from a crisp apple! 15% sounds about standard for cheaper concentrates but worth a punt, Cheers! 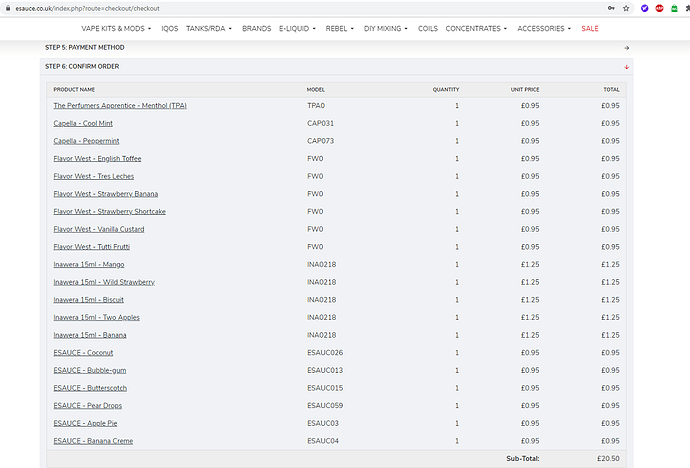