Apologies, this is a guaranteed TL:DR. However, it may be a ground-breaking project for all the core people here …folks with solid credibility in the Flavor testing arena. The problem with proposing a scientific approach to the Subjective world of Flavorings is standardization of the descriptions used …the words. That is the basis of Linguistics. …what words we agree as a true meaning, just so we can clearly communicate and others can understand. It’s a just a simple fact, and something I surely don’t want to be in charge of

It may help to have a simpler clarity on what I refer to as “Linguistics”. Truly an ever-shifting language parameter …example “OK Boomer”. A new, recent, and adopted phrase most people quickly grasp. How does this impact folks trying to type descriptions of a new (single) Vape DIY Flavor? Something strangely new? Where does it fit in, generally speaking? I mean, is it a Bakery? A Nut? A little of both? What would be the worry for us here that it be described to “fit” within some proposed framework?

Let’s get that quick clarity on Linguistics, because language has always been on the move …but the changes over centuries have been critical to our very Civilization. Here’s a YT video you may have seen (popular YT’er) that looks back in time to when we only had 3 words for colors …black white and red. He gives an example of an ancient Greek writer describing the ocean as a deep wine red …the words green or blue did not yet exist! 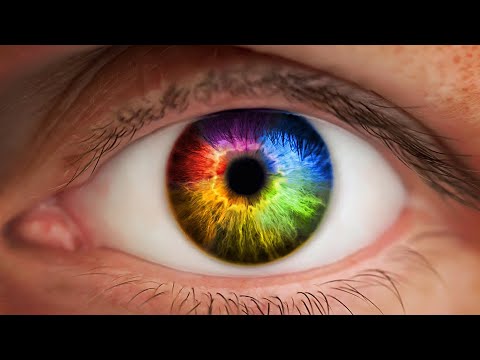 The purpose of sharing this is to define the fact that we cannot communicate nor literally understand without the agreed upon words …and sometimes you just need new words! Can’t forget that “agreed” part. The next critical notion is something we have discussed elsewhere in the past …The Flavor Wheel. The link below literally focuses on the Vape DIY Flavor Wheel basis which is Linguistics!! I am bringing this to the Gods of Flavor Description. This is a University study that already has several years head-start and a scientific basis, using existing data from manufacturers etc.

Do we have the power and will to contribute or adopt something like this (HUGE)? It’s been a dream …a Capt. Obvious idea, already with Culinary roots (Flavor Bible). A Flavor Wheel incorporated in a Recipe Tool to give complimentary flavor suggestions and %s? Could we communicate with more precision using agreed-upon (even new?) Flavor linguistics? Looks like it is already being done (below). Is there anything of value for us here?

E-Liquid Flavor Wheel: A Shared Vocabulary Based on Systematically Reviewing...

AbstractIntroduction. E-liquids are available in a high variety of flavors. A systematic classification of e-liquid flavors is necessary to increase comparabili

Me? I don’t dish out the food!

I just get the right pot, dump in measured water and turn up the heat. Meanwhile, sincerest thanks to all the brain-tasters in this here Vaping Community UK …I’m grateful and always impressed by all the knowledge you ALL freely offer …and a huge thanks to @Steampugs . What if it all came together? Oh Look! …a cloud! I gotta go stick my head in it. 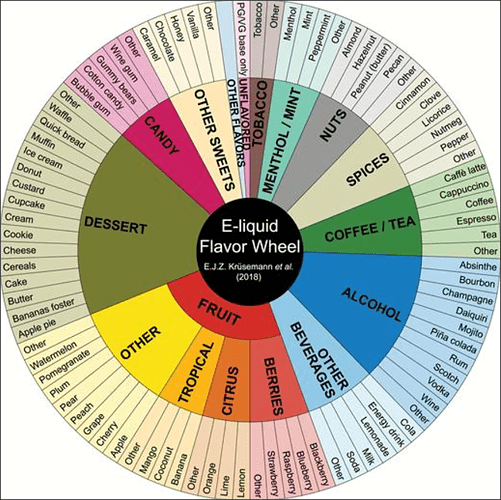 Very good read and interesting video.
I love these things about language. Little titbits that seem unimportant but have a huge impact.

Like when talking about time we are using the same words we use for money.
Did you know that the language used for money is also the same language we use for water?
I understood that is because the laws about money are primarily based on the laws of the sea and not the land.
I might be wrong.

Anyway, it’s got F all to do with flavours but you did open the door with that video