Almost 30 Coalition MPs have written to the Health Minister urging him to reverse a restriction imposed last week. 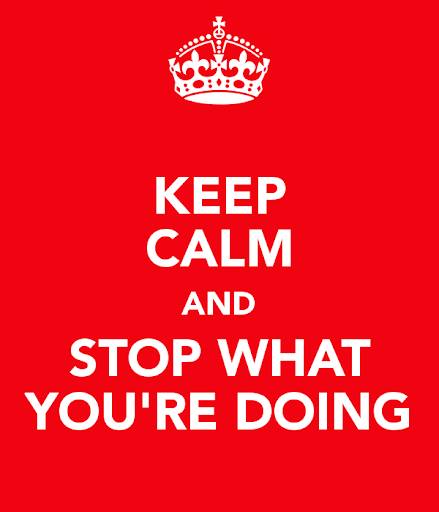 A reprieve of 6 months 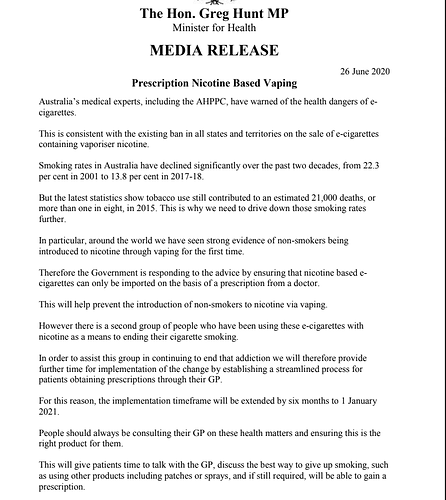 Great that it has been extended but IMO no one should let up for an instant until this piece of shit is driven back under the rock he slithered out from. “Patches and sprays” my ass. “Health dangers of e cigarettes.” Hmm, how many have died from vaping legal products?

I was quoting the author. I don’t wear any political label left or right…two wings of the same vulture.

Edit: Oops I lied. local politicians call me “that son of a bitch.” Guess I can form my own SOB party.

I am 100% behind this, already signed the petition, and can’t believe what ar5eholes we have governing us !

There is a politician in the UK, with the same surname, who was Minister for Health in 2016, when a 3 day dress rehearsal for a global pandemic was conducted, codename Cygnet.

Absolutely none of the dozens of recommendations were implemented, due to budget cuts.

One of the recommendations was an increase in PPE reserves…

Politicians, the world over, are self-serving imbeciles, and paid by us !!! 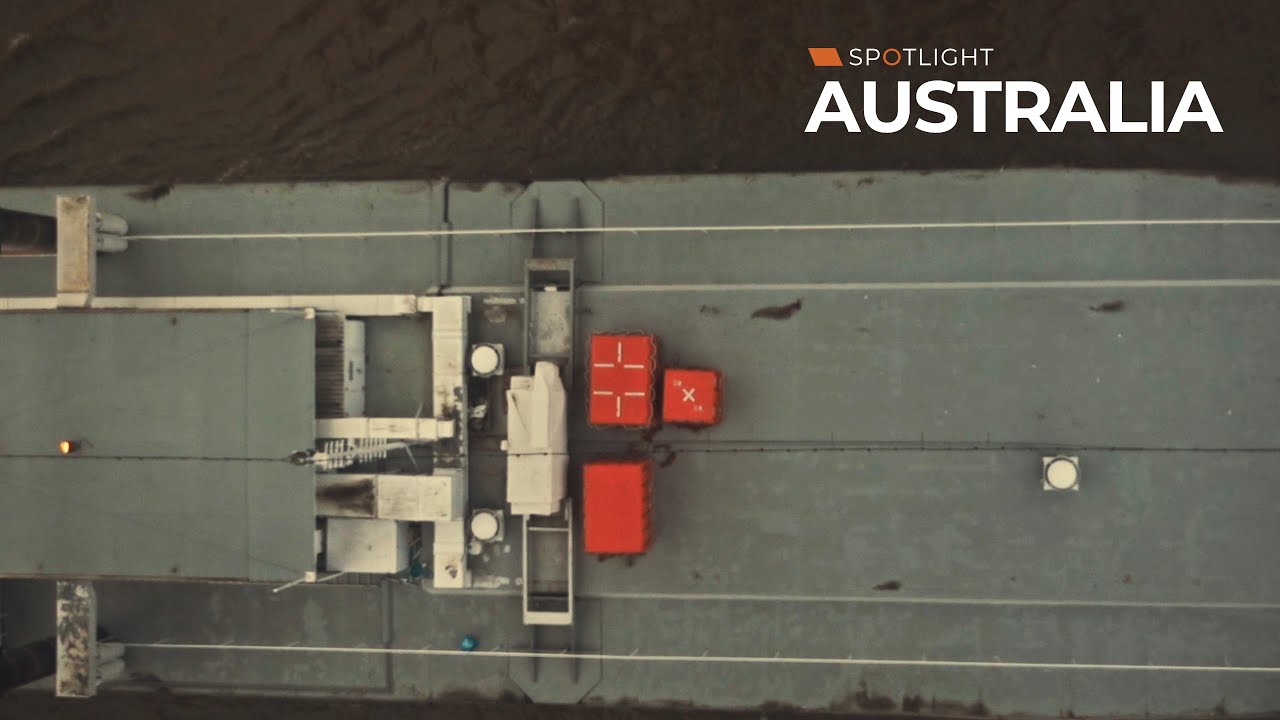 Australian Vapers we’ve won this battle, but the war is far from over!

From the June 2020 edition of Australian Vaping Voice.

As you know, last week the entire Australian vaping movement came together and fended off the biggest attack on vapers and the vaping industry we have ever faced.

With just 12 days notice, the Health Department and the Health Minister Greg Hunt thought they could pull off a secret, dodgy import ban without any parliamentary scrutiny and no consultation. The ban would have forced 400,000 Australian vapers back onto lethal tobacco products, wipe out an entire industry and kill thousands of jobs on the eve of an economic recession.

Well done to every single vaper, vendor and advocate who called their MP, sent an email, signed a petition, spoke to the media, shared their story and simply stood up, made their voice heard and demand action. Politicians are now listening! We need to acknowledge the work of LNP Senator for Queensland Matt Canavan and Member for Dawson George Christensen for leading the revolt within the government, and ultimately securing a coalition of 28 MPs and Senators to call for the ban to be revoked. Particular thanks also go to the team at Legalise Vaping Australia (LVA) and the Australian Tobacco Harm Reduction Association (ATHRA) for their herculean efforts in coordinating the political advocacy and the Public Relations blitz that was instrumental in achieving this outcome.

While the import ban has been repealed in its entirety, for now, the Health Minister has already confirmed he intends to impose another nicotine ban in six months time. This is despite a growing number of Coalition backbenchers voicing their opposition to any nicotine ban and Senator Malcolm Roberts from One Nation declaring they will disallow the nicotine import ban in the Senate. Former Labor leader Bill Shorten has also come out in support of vaping, making him the highest-profile Labor MP to publicly support our cause. We need to work with these politicians to ensure Hunt doesn’t attempt another nicotine ban and reject any proposed regulatory regime that relies on nicotine prescriptions. Given that both the Australian Medical Association and the Pharmacy Guild both officially oppose vaping, we know that Greg Hunt’s prescription plan is simply a ban by a different name.

If you thought last week was difficult, our new challenge to prevent another revised and disguised ban will be even bigger. It is now more critical than ever that we use the next six months to persuade politicians to legalise nicotine vaping and e-cigarettes as consumer products similar to New Zealand. Ultimately, life-saving vaping products should not be more difficult to access than combustible tobacco.

HELP !
Sorry guys I need to interrupt normal viewing. Our Kiwi New Zealand mates are now under siege. This is madness!
They need our help now!

“NZ is now not only looking at a full flavour ban but a set up of a PTMA style registration system. Something that not only are we trying to stop here, but it’s in a place that vapers can say has embraced vaping when we battle our enemies here and abroad. This is Big Pharma Shillery of the highest order. “ quoted thanks to Tristan from the Vaping Legion.

Let @ JennySalea know what we think on Twitter now!

I’m not sure what the new information is, however the Vaping legislation is still before parliament for it’s second reading.
There is no mention of blanket bans on flavours, only to restrict flavours to registered vape shops, hence stopping the corner shops from selling all but tobacco, menthol and mint flavoured e-liquid.
They are certainly looking at a registration system for all vaping products but nowhere near PTMA levels.
The minister in charge is Jenny Salesa.

I think it may be old news, last year they were talking about a total flavour ban, but the backlash from the public caused a rethink to where we are at the moment.
Thanks for being vigilant on our behalf though.

There is something going down

Not sure but it doesnt look to be aimed at vape shopes just dairies, supermarkets, and service stations but i cant find a lot more than that

@G-Fog is this the correct one?

Thanks @woftam the draft bill is 80 pages long, I have it printed out.

http://legislation.govt.nz/bill/government/2020/0222/latest/whole.html#LMS313857
This is the one that is before Parliament