Anyone use Triethyl Citrate as a VG base additive?

You know… An interesting test that I could actually perform is to try a touch of Dragonfruit (unfortunately I only have Ina IIRC) with some of the MF in a “SF test” (since I know that MF butterscotch basically requires a month regardless.

(Besides which, it’ll be good to do a side by side of the USC with MF again. Been a long time since I last used heat and MF BS. Would be nice to see if anything has changed due to the age of the flavor, which are rough guess a year plus old at this point)

Well crap. I was going to try and find the spec sheet for Ina Dragonfruit… And I was going to use @woftam’s lovely post/idea as a springboard to get there. 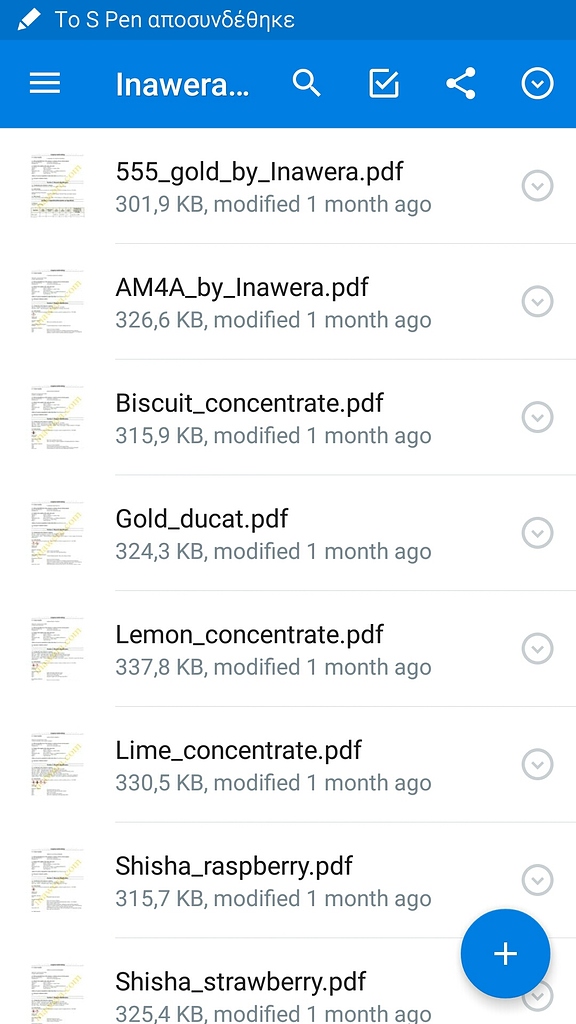 If you are after the msds sheets Nic River has them attached to each flavour. I don’t think they are attached to the database (the few that I checked are not there) EDIT: just a quick note the sheets nic river has up are in fact sds sheets as they...

Unfortunately however, NR doesn’t carry Ina Dragonfruit (just my luck of course). So much for that idea.

I thought the only problem with MF was the alcohol base

From what I’ve read, there is no carrier with the majority of MF (only a select few require/added alcohol). From what my taste buds tell me (finger test) I think it holds true AFA butterscotch goes (no alcohol).

@anon96069639 I know this topic is old but I am also interested in triethyl citrate. Have you test this already? If yes, in what percent? I hope you don’t mine me asking.

I don’t have it on hand yet but I really want to test this. Currently I am playing with 10% citric acid while waiting for triethyl citrate to arrive.

Use any of those in your mix down low and you will get the effect of TC on your mix.

I’m glad this thread was brought back up. Always love the sciencey side of this whole vaping thing.

Triethyl citrate, though, needs a better name if we’re going to convince the general masses to use it. Far too chemically-named and that can be scary. TC is clearly in the lexicon as Temperature Control so that’s out. So I’m open to suggestions.

3EC is a little too cryptic

if we’re going to convince the general masses

Not even worth trying IMO.
Those who care/are interested will look into it further.

Just having the topic for such things is about as far of a “reach” as you’re going to get.

I wish that the number of folks interested in the science of it all was much higher than it is, but…

Sorry… Got distracted by the “Squirrel!” running through the rest of your post…

I’m glad this thread was brought back up. Always love the sciencey side of this whole vaping thing.

I would hate to be the one who showed some nitwit how to combine chemicals that have caused so much misery for so many.

That certainly wouldn’t be your fault. As there are really no effective high shear devices that are anywhere near ‘affordable’ for average folks like us, I wouldn’t think a ‘nitwit’ looking to get into the game would benefit much from this knowledge. These THC oil pod manufacturers are pretty big-time and wouldn’t need to scour threads like this to glean new information. So I hope you don’t lose sleep over it.

I wasn’t trying to segue into the project, man. I was trying to soothe your conscience a bit, if possible. I agree that-

sometimes a little knowledge is worse than none

True in many cases really. Case in point, when I was a kid (maybe 8 years old), I used to like to take broken crap apart to see how it worked and see if I was slick enough to fix it. When I had a vague idea, I’d try to fix whatever I concluded was broken. I’d learned that electricity powered things, in this case an old drill that died and my pop was going to toss out.

After taking it apart and seeing the stator, brushes (all of which I did not know what they were called and why they mattered), I concluded that it looked like it should work so I put it back together. I then proceeded to re-connect the plug which my dad had cut off, probably to avoid my stupid ass plugging it in and killing myself.

So again, understanding that it needed to be plugged in to work, but not knowing how or why, I took the two pieces of cord and twisted them together. I just mooshed everything together, not separating positive from negative, nor wrapping the bird’s nest with electrical tape.

Satisfied that I’d just effected a brilliant repair that would return this proud old drill to service and make my Dad the proudest Dad ever, I then proceeded to plug it in to test it.

I remember this story for several reasons- One, the spark was bright and the pop was loud. Two, my Dad was actually not the Proudest Dad Ever when he had to replace a main fuse and hear mom bitch at him for leaving the drill laying around so my incompetent but curious hands could find it, and three because I learned a lot about electricity that day.

So yeah, a little knowledge can definitely be dangerous.

I was “steering” since @yobad and many others have shown a lot of interest.

One thing the thread showed me though is a good reason why I don’t get closer than 80% when I 3M mix with aggressive shaking and SV heat bathing. It is probably partly because the MF extractions are not going to really play well with 3M due to their alcohol base. I know what I do now will not get me as far as quickly as high shear will, but I am going to note the difference in perceived % completion when I do not use extracts in a juice.

I’m not a chemist but have become increasingly reluctant to use extracts and prefer flavorings artificiality constructed from the molecule up.

If someone asked me “whether or not extracts are safe”, I would likely say no, but in the most general sense. As in, I would not want anyone to have the impression that they can waltz into their local supermarket or food specialty shop, and think “Oooh extracts! I can use those in vaping!”.

But right or wrong, I see/view Medicine Flower in a different light. I’m not sure if it’s because of (my ignorance of, or confidence in; though I’m betting on the latter) the difference in the process that MF uses (CO2), or if I’ve been inadvertently jaded by exposure to all the extreme vegan/vegetarian/health nuts who promote the “it can’t have ANYTHING unhealthy/unsafe” in it or it’s not <insert self-segregating, group approved, ‘acceptance label’ label here>.

Seriously though, I understand what you’re saying. And I’m glad that we all have the option to choose what we prefer.

But having said that, and by the same token…

I would hate to be the one who showed some nitwit how to combine chemicals that have caused so much misery for so many.

That’s not even a concern IMO. Because…
As several of us have agreed previously, while you can’t legislate for stupidity, NOR can you take responsibility for some jackass who’s too lazy to do his research (which includes due diligence in following up on ‘ideas presented by parties unknown to the reader’) beforehand!!

At that point, it turns into a Darwin Award in my opinion.

Anyways, before I get any further off (there’s been a LOT of “stupid” running rampant in other places lately, so “my capacitor is already overcharged”)…

a little knowledge can be worse than none at all.

True. But, if the chemists of Olde (aka “magicians”) didn’t pass their insights along to those who were able to understand the concepts and premises (overall), such subjects NEED to be discussed in my opinion. If for no other reason, then to dispel the associated “that’s voodoo/witchcraft” factor that’s associated (and the fear that results).
I’d rather have folks react like Paul (when listing Specifications) and having their eyes glaze over from being disinterested, than to have an unfounded reaction of fear due to lack of exposure to, or familiarity with, a word or compound they’ve never heard of before.

Take a White Pine tree… Everyone’s cool with that. But say “Pinus Monticola”…and yeah.
OMGosh!! It’s got cola in it! AVOID!!
LMAO

ANYWAYS… please excuse my verbal wandering.
All I wanted to say was PLEASE don’t feel like you should not contribute, on the basis of someone doing something stupid. YOU can’t prevent that. Nor are you responsible for it.

Take a White Pine tree… Everyone’s cool with that. But say “Pinus Monticola”…and yeah.
OMGosh!! It’s got cola in it! AVOID!!

By the way, I’m not a fan of vaping anything pine scented… But hey, if someone IS actually dumb enough to try and tap a tree to use the “essence” in vaping, please feel free to help thin the shallow end of the available gene pool!

I see/view Medicine Flower in a different light.

I am pretty sure it doesnt make them water soluble which i suspect is the reason for the steam distillation MF also use on some concentrates.

I think it separates the oil and the flavouring but TBH I really don’t know 100% it could just be that that extra step is used for purity the whole extract process is a bit of witchcraft and for the most part a black box .

I do know that the only mf flavours that list it in the sds are lime, lemon, orange

I saw a video awhile back making watersoluble extracts from oil with EA - I will try to find it agin if you are interested. 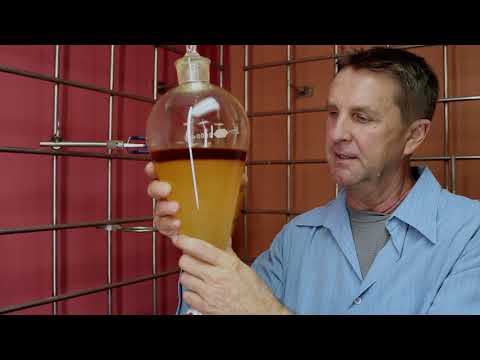 Take a White Pine tree… Everyone’s cool with that. But say “Pinus Monticola”…and yeah.
OMGosh!! It’s got cola in it! AVOID!!